Home News Will not be cowed down, says Mamata on Central deputation of IPS officers

Will not be cowed down, says Mamata on Central deputation of IPS officers 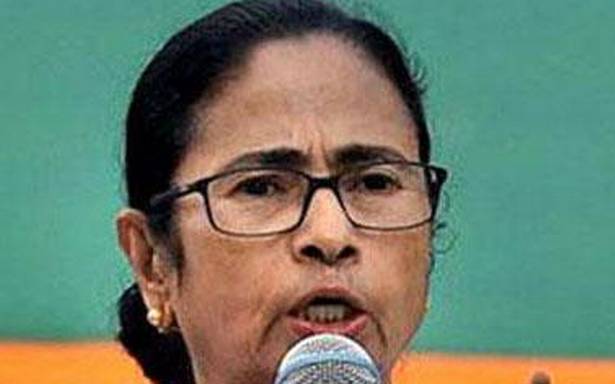 Describing the Government of India’s order of Central deputation for three serving IPS officers of West Bengal despite the State’s objection a “colourable exercise of power and blatant misuse of emergency provision of IPS Cadre Rule 1954,” Chief Minister Mamata Banerjee said on Thursday that West Bengal was “not going to cow down in front of expansionist and undemocratic force.”

Despite the objection of the State government, the Centre had called the three IPS officers on Central deputation. The officers were deployed in the security of BJP president J.P. Nadda when his convoy was attacked at Diamond Harbour on December 10. Several BJP leaders were injured in the attack when stones were hurled at the convoy of the BJP president on way to Diamond Harbour. The three officers are Inspector General (South Bengal) Rajeev Mishra, Deputy Inspector General (Presidency Range) Praveen Kumar Tripathi, and Diamond Harbour Superintendent of Police Bholanath Pandey.

“We wouldn’t allow this brazen attempt by the Centre to control the State machinery by proxy! West Bengal is not going to cow-down in front of expansionist & undemocratic force,” the Chief Minister tweeted.

Trinamool Congress MP Kalyan Banerjee had on December 12 written to Union Home Secretary Ajay Bhalla that the order was a tool to “coerce and terrorise” IPS and IAS officers of West Bengal. “Your motive is very clear that by taking them [the IPS officers] you want to create pressure,” the MP had written.