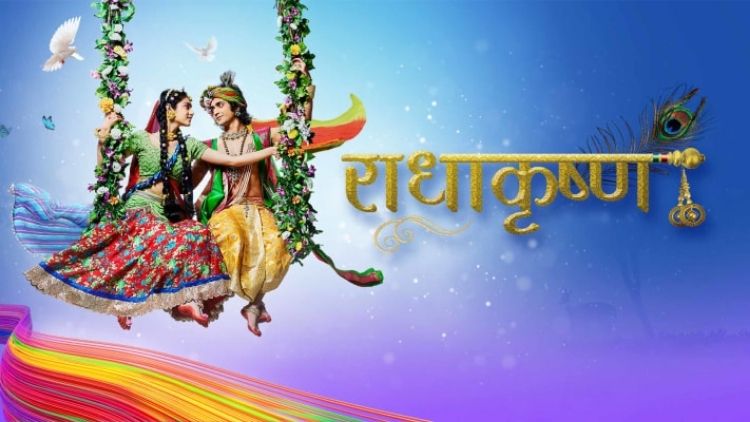 RadhaKrishn is an Indian Hindi language mythological television series that started airing on 1st October 2018. The show airs on Star Bharat and is also available on Disney+Hotstar. This mythological television series is based on the life of Hindu deities Radha and Krishna. It is produced by Rahul Kumar Tewary, Siddharth Kumar Tewary, and Gayatri Gill Tewary for Swastik Productions. The Role of Radha and Krishna are Played by Mallika Singh and Sumedh Mudgalkar.

How does RadhaKrishn start?

This series opens with Sridama cursing Radha in Goloka and it is the time for Krishna to make his entry into the world. Radha and Krishna are reborn in Barsana and Mathura respectively after leaving Goloka. Krishna is destined for the establishment of Love and Righteous Establishment. Meanwhile, Ayan(A childhood friend of Radha) likes Radha and tries to separate Radha from Krishna. Meanwhile, Krishna along with Balram kills several demons sent by Kansa. Later Krishna takes Radha out of all human weaknesses like fear, greed, anger, hatred, jealousy, arrogance and lack of self-confidence. After defeating all human weaknesses Radha comes closer to Krishna.

Radha was forced to marry Ayan but after hearing the story of seven avatars of Vishnu and Lakshmi Radha understands the true meaning of love and also understands that her marriage is fake. Later Radha becomes Krishna’s consort after Brahma completes the heavenly wedding of Radha and Krishna in Goloka. After killing all the demons sent by the Kansa, finally, Kansa calls Krishna and Balram to Mathura for killing them but Balram kills Kansa’s eight brothers and later Krishna kills Kansa. Later Krishna, Balram and the Yadavas moved to the Dwarka where Balram marries Revati. After that, Krishna meets Radha where he asks for her permission to marry Rukmini to which Radha agrees. Later Rukmini and Krishna get married. But Rukmini constantly keeps competing with Radha but finally on Holi, Radha makes her realize the true meaning of Love and later Krishna also marries Satyabhama and Jambavati.

What happens after that?

Later the show focuses on the Mahabharat track which was not much liked by the audience. So after the Mahabharat track, the producers brought back the chemistry of Radha and Krishna. Later Jambavati gave birth to a son named Sambh which was termed to be the reason for Yadava Destruction and the Dwarka as cursed by the Gandhari. Sambh grows up to be short-tempered but loves his family and mother. However Sambh dislikes Radha as Krishna spent most of the time with Radha. Radha’s presence in Dwarka and her importance in Krishna’s life were hated by Sambh.  Later all the sons of Balram and Krishna are sent to gurukul along with Radha. They come after a few years after taking all the knowledge of Righteousness and Archery.

The current Scenario is going towards the end of Dwarka so in coming times there can be the possibility that the show can go off air but the producers of the show have not confirmed that yet. So the viewers are loving all the Chemistry of Radha and Krishna and hope that the show doesn’t go off air so early.