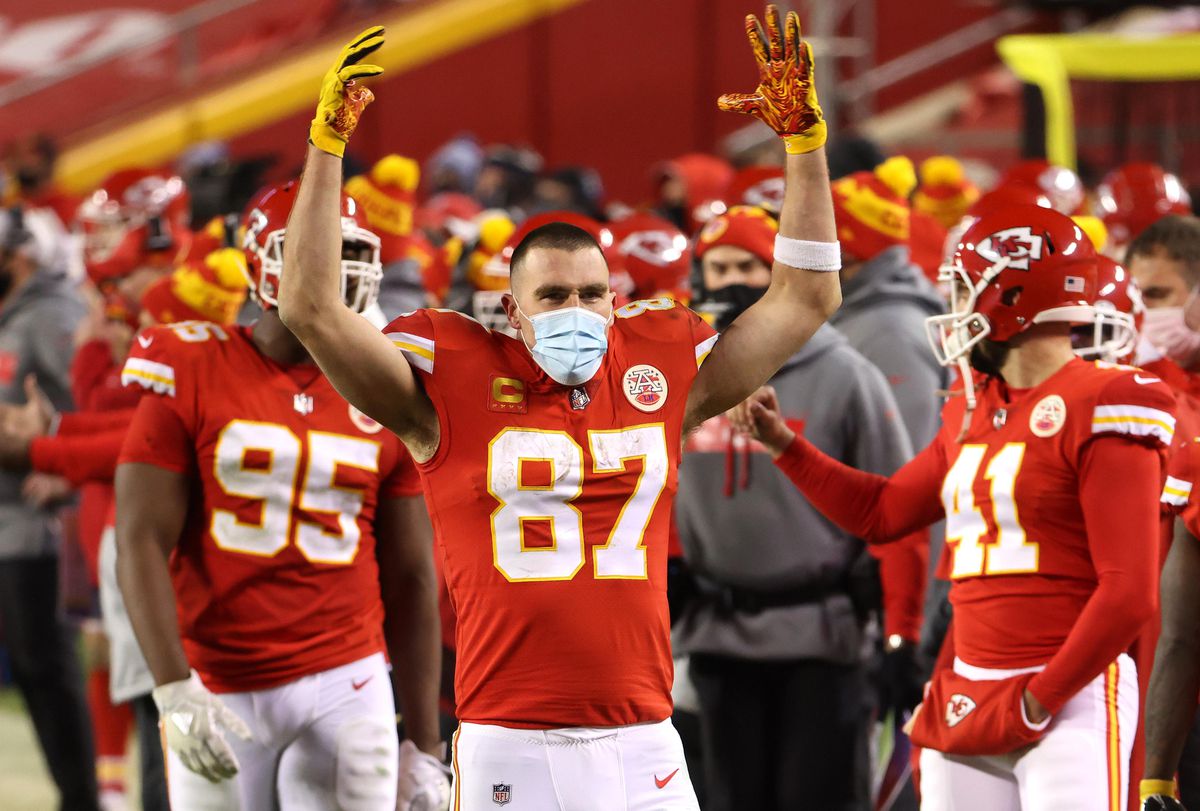 When the Buffalo Bills hosted the Indianapolis Colts on January 9, 2021, in the first of 6 wildcard playoff games, New York State’s budget director Robert Mujica said, “People watching this game in the stadium will probably be the safest in the state watching the game.” The fans who were allowed to enter the stadium had to take a Covid-19 test, and once inside, had to abide by strict physical distancing requirements. Pregame tailgating was prohibited.

Robert Mujica’s statement underscores the continued growth of the Covid-19 pandemic during one of the most popular professional sporting occasions in the United States — the NFL playoffs.  When the 2020 NFL season began on September 10 during a game between the Houston Texans and Kansas City Chiefs, the 7-day moving average of new daily cases was 35,694 and the cumulative number of deaths was 192,116. However, when the playoffs began in Buffalo, the 7-day moving average of new cases was 253,958, higher by more than seven-fold, and the cumulative number of deaths had increased to 372,516.

On January 19, the number of Americans who have died from the pandemic surpassed 400,000. At present, there is still no foreseeable end in sight.

Mr. Mujica’s statement about fan safety in Bills Stadium also emphasizes how the majority of new Covid-19 infections are now occurring — through small gatherings and parties. On February 7 in Tampa, the Kansas City Chiefs will meet the Tampa Bay Buccaneers in Super Bowl LV, the first time in NFL history when the host team will play in their home stadium. With the added storyline about Tom Brady playing in yet another Super Bowl with a new team in a different conference, this unofficial national holiday will be celebrated with home parties and other social events that almost certainly will increase the spread of Covid-19.

Throughout the pandemic, regional and national public health authorities have continuously outlined personal behaviors that are known to reduce the risk of becoming infected with the novel coronavirus as well as the risk of infecting others — wearing a face covering, washing hands, keeping a distance from others individuals, cleaning high-touch surfaces, and limiting the number of people around you. These and other interventions recommended by the CDC should be used every day.

The NFL has taken the novel coronavirus seriously. The NFL developed a coronavirus mitigation strategy that included mask-wearing, physical distancing, consistent hand washing, sanitizing club facilities, limiting access to a club facility, training 18 NFL personnel who worked in football operations and other capacities to work as contact tracers, a requirement that players and staff wear “KINEXON wearable proximity devices” when in the club, and routine use of reverse transcription-polymerase chain reaction (RT-PCR) nasal swab tests to identify infected coaches, players, and employees. As a result, according to the CDC transmission in the NFL remained limited, although 329 football players and staff eventually became infected. As with the rest of the country, the number of cases in the NFL has grown over time. From August 9 – September 26, the NFL administered 295,000 RT-PCR tests but identified only 47 cases.  Nationally, the highest 7-day moving average of daily new cases during this period was just above 67,000.  From September 27 – November 21, the league conducted 328,000 RT-PCR tests and recorded 282 SARS-CoV-2 infections.

As the number of positive cases began to increase in early October, the league adjusted its mitigation strategies. They allowed only virtual meetings for any club with a positive case, required use of face masks or Oakley face shields when practicing, and a number of other restrictions including that no players would be allowed into a facility unless all were negative the day before. When the divisional championship games concluded on Sunday, January 17, the league sent Covid-19 monitors to the Buffalo Bills, Green Bay Packers, Kansas City Chiefs, and Tampa Bay Buccaneers to oversee safety protocols.

Even more interesting, the NFL’s extensive contact tracing protocols allowed us to learn something entirely new. The NFL conclusively identified instances where infected persons spent less than 15 minutes, either cumulatively or successively, with the person from whom they acquired the infection. This is noteworthy because the CDC uses 15 minutes for the cutoff to define a “close contact”. It goes without saying that the Super Bowl will last considerably longer than 15 minutes. Consider this when you decide who to sit next to as you settle in for the game.

The Covid-19 pandemic will no doubt change how Super Bowl parties are attended. Of course, it is safest to watch the game from your own home with others that live with you. According to a Seton Hall University sports poll, 64% of respondents aged 22-25 indicated that they would not attend a party outside of their own home. This is good, but not enough. Additionally, 25% of respondents plan to attend an event with people they do not live with. If you will host or attend a gathering to watch the game, the CDC has guidelines that will minimize the risk of transmission. Observe these guidelines. You owe it to your friends. If you don’t observe them, they may not be your friends for long.

More than 100 million people watched Super Bowl LIV in Miami Gardens, Florida. In the time of coronavirus — with its fatigue, boredom, and desperation — the number this year is likely to be more. That’s a lot of parties. Or not. Whether or not the Super Bowl becomes a Super Spreader is up to us.

Back to Top
Close Add post
X
Saturn’s tilting axisScienceWhat caused the tilt to Saturn’s rotation axis?The tilt of the rotation axis of the gas giant Saturn may in fact be caused by its moons, scientists fr…

Will The Super Bowl Be A “Super Spreader” For Covid-19?