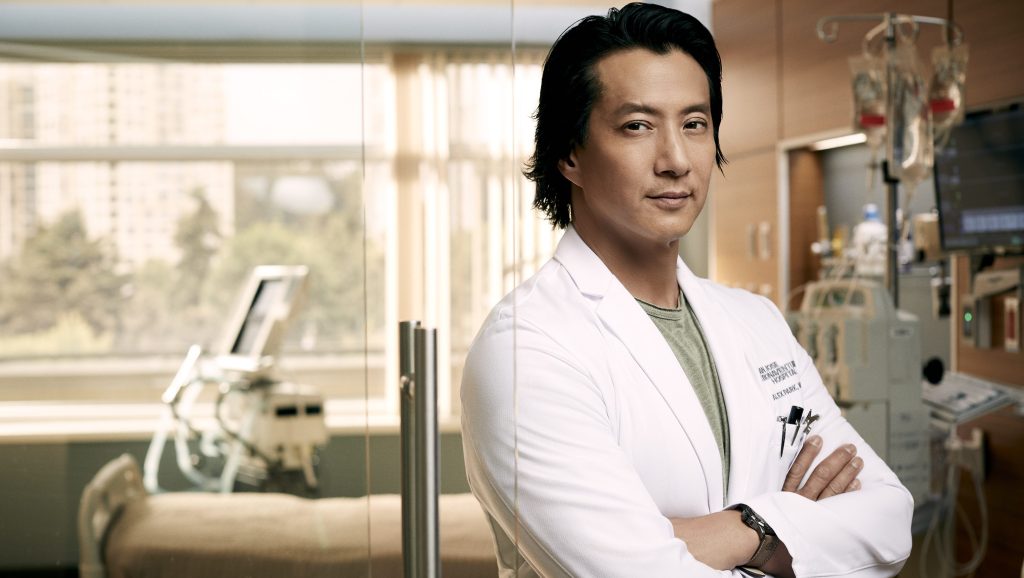 EXCLUSIVE: After action turns in Altered Carbon, Die Another Day and others The Good Doctor co-star Will Yun Lee is stepping up to developing vehicles for himself. He has teamed with Wonder Street partners Christine Holder and Mark Holder to launch Seoul Street. They will create diverse stories for TV and the big screen.

The new venture is developing a series based on a trilogy of Leonard Chang bestselling crime novels, starting with Over the Shoulder. The novels focus on Allen Choice, a Korean American bodyguard who investigates the murder of his childhood friend. The trail exposes dark family secrets about his father that are linked to race, class, and the legacy of the L.A. Riots. The novel was published by HarperCollins and St. Martin’s Press and Seoul Street acquired the trilogy in a competitive situation.

Chang is writing the show. He is currently EP on the FX drama Snowfall and was co-producer of Justified. He is separately developing projects with Paramount TV, Playground/FilmNation, Universal Content Productions, and Boat Rocker Media. He sold his pilot, Stranded to Hulu with WBTV and Dan Lin producing, and has sold pilots previously to FX and UCP.

On the feature side, Seoul Street is also developing Lions in the Garden, a drama that will be scripted by Shutter Island scribe Laeta Kalogridis with Cortney Norris (Hightown) and Will Yun Lee. It is based on the true story of one of the first all-Black fighting teams in the world of Martial Arts in the late 60’s. It is based on Lee’s father, Soo Woong Lee, an immigrant Korean Grandmaster of Taekwondo. He and a group of Black students navigated through the racial and systemic injustices of the times in South East Washington DC, and they became a dominant force in the martial arts circuit from 1968-1975. This culminated in their trip to glory, competing in Madison Square Garden.  Kalogridis will produce with the Seoul Street partners.

“The history of Koreans and Blacks has never been good, and there has been this mutual fear of each other,” Will Yun Lee told Deadline. “For this pocket of time, the story was an exception. My father’s first family when he got to DC was these Black students, whose ages ranged from teens to mid to late 20 year olds.” .

Lee currently stars on ABC’s The Good Doctor and was the lead in both seasons of the Netflix series Altered Carbon. He is also one of the leads in Sony Animation’s Wish Dragon that is currently released in China and will be stateside this year.

Next up for The Holders and Wonder Street is The Mauritanian which will be released February 19 from STX and stars Tahar Rahim, Jodie Foster, Shailene Woodley and Benedict Cumberbatch.

“I am truly excited to begin this new journey alongside Wonderstreet,” said Lee. “It is an incredible time to be able to tell stories that reflect the diverse America I grew up in and how Asian American culture weaved its way through the fabric of our society. Getting a chance to collaborate with visionaries like Leonard and Laeta has been a dream.”

Said Christine Holder: “Will’s extraordinary talent and dedication to authentic storytelling goes hand in hand with everything that Wonder Street believes at it’s core. Curating inclusive content that strives to enrich the consumer’s experience and provide a pathway to seeing life through an otherwise unfamiliar lens is of pivotal importance and the cornerstone of this partnership. We are thrilled to have Leonard’s books as a launching off point for this mission.”