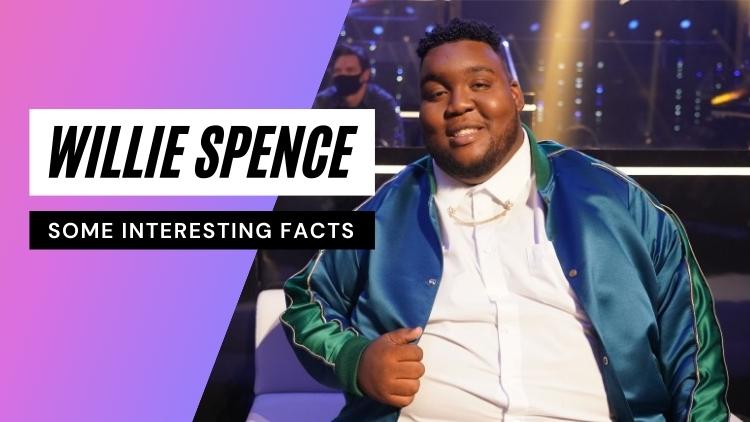 A 19 years old Willie was born on June 18, 1999 in Florida and raised in Douglas, Georgia. He is extremely close to his family. “I do this for my family”, Willie said before his audition. He was suffering from a certain health issue due to which he had gone under a major weight loss before the beginning of the Idol competition. Willie has already released his single, “So Gone”. He has been crazy about music since childhood. At the age of 3, he started singing by practicing in his grandfather’s congregation in the church in Florida.

The American Idol Journey Of Willie Spence on Idol stage

1) Journey to the American Idol audition round

Willie auditioned in San Diego.He performed on “Diamonds” by Rihanna. All three judges said “Yes” for his mind blowing performance and sent him to the next Hollywood Duet round.

2) Journey to Hollywood Duet round

Willie was paired with Kya Monee. Both performed the song “Stay” by Rihanna ft. Mikky Ekko. The performance was full of emotions that brought Katy Perry to tears. Lionel said, it was a divine experience that touched straight to the heart.

3) Journey to Showstopper round (Top 24)

Willie performed a Beyonce’s song, “I Was Here” His performance was so powerful. He got a standing ovation from all the judges. On this judgement day, Willie  explained to the judges that his family had sacrificed a lot for him to be here.

In this round Willie’s solo song was “Wind Beneath My Wings” by Bette Midler. He got a standing ovation for his performance. The celebrity duet song was “The Prayer” by Celine Dion & Andrea Bocelli. His duet partner was Katharine McPhee. He not only sang that song, but also made it his own and this is the quality of a superstar, one of the compliments given by Judge Lionel.

Willie sang Adele’s “Set Fire To The Rain.” In this round also he got a standing ovation from all three judges.Every note was thoughtful. “The moment you looked at the camera, the moment that you stepped away from the mic, you were possessed in a Godly way”, Praised by the judge Katy Perry.

In the ‘Oscar nominated song’ episode Willie sang “Stand Up” from “Harriet”. All the judges were greatly impressed by him. Katy said she stands with Willie and thanks him for taking his emotions and filling it in the song.

Willie performed a Disney song,”Circle Of Life” from “The Lion King.” This time also he won  all the hearts. The performance was so unique & incredible. “You could sing the phone book and literally make it your own”, Lionel praised.

Willie is attached to Disneyland with the happiest memories of his childhood with his late grandfather. He recently passed away. At the Disney World also he got a chance to meet with his family members.

In this round, each contestant had to perform two songs, one from Coldplay  and another for Mother’s Day. Willie’s Coldplay song was “Yellow” and he made it his own song through his talent. He sang for Mother’s Day, “You Are So Beautiful” by Joe Cocker. Katy said she had never heard that song sung like this heart-touching performance.

As per this round, Willie performed a personal Idol song  “Glory” by John Legend. A Duet song with Grace Kinstler (American Idol contestant top 3) was “What They’ll Say About Us” by Finneas who was guest mentor. For Winner’s single, He sang “Never Be Alone” which was written by him and he also performed his earlier song “I Was Here” by Beyonce. All these performances of Willie were radio hits. “You are literally going to save people’s lives with your voice”, a compliment was given by Judge Luke Bryan.