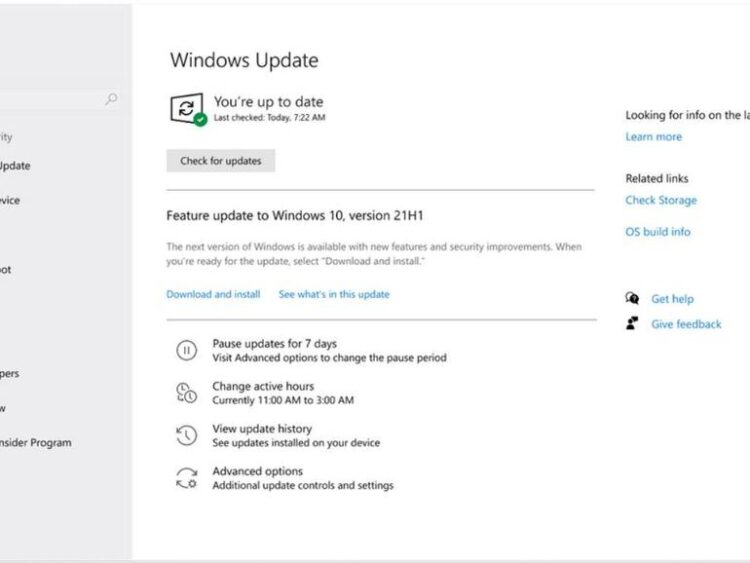 Microsoft’s mainstream rollout of the next feature update for Windows 10 is continuing to inch closer to the goal line. On March 18, Microsoft officials announced Windows 10 21H1 is now available for “commercial pre-release validation” by business users.

This phase of testing precedes general availability and is meant for businesses who want to get an early jump on checking out the new features and fixes in the coming release. This is for commercial devices only, which Microsoft defines as a PC not running the Home edition of Windows 10; which is managed by an IT admin (via Microsoft Endpoint Manager or third-party MDM tool); or covered by a volume license key, a CommercialID or joined to a domain.

As Microsoft announced previously, Windows 10 21H1 will be a minor update. For customers already on Windows 10 20H2, the latest generally available Windows 10 feature update, the coming 21H1 release will feel like a cumulative update that arrives via an enablement package. For those on earlier versions, the 21H1 update will take slightly longer and be somewhat bigger.

Microsoft is making Windows 10 21H1 available to businesses to test today via Windows Update, Windows Server Update Services (WSUS) and Azure Marketplace. It also is making the 21H1 release available as a downloadable ISO. Users who rely on the Release Preview Insider Channel can go to the Windows Update Settings page and update directly from there.

More details are available via Microsoft’s March 18 blog post. Microsoft officials have not said exactly when Windows 10 21H1 will be available to mainstream users, but it’s expected this spring (around May 2021).