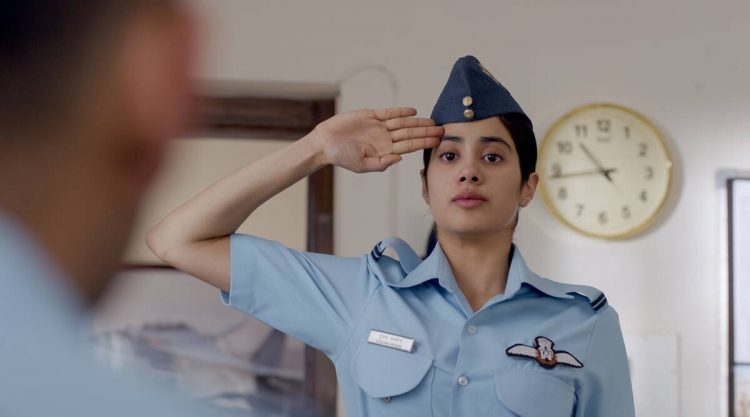 Actor Janhvi Kapoor says her film Gunjan Saxena: The Kargil Girl made her confident as a person and a performer. Directed by Sharan Sharma and produced by filmmaker Karan Johar, the film released in August this year on streaming platform Netflix.

It is based on the life of Gunjan Saxena, then a flying officer, who became the first woman combat aviator to fly into a war zone during the 1999 Kargil War.

The 23-year-old actor, who made her Bollywood debut with 2018 movie Dhadak, said as somebody who understands the power of cinema, she always wants to play memorable parts.

“Through this film, I’ve understood myself better as an actor. It’s given me a different sense of confidence and maybe it’s because of the impact Gunjan ma’am’s story and resilience has had on me.  I’ve learned to enjoy the process of growth. I’ve always wanted to do memorable work and touch people’s lives because I know how much cinema has touched my life,” Janhvi said in a statement.

Presented by Zee Studios and Dharma Productions, the film, also featuring Pankaj Tripathi, Angad Bedi and Viineet Kumar, is set to have its television premiere on Sunday on Zee Cinema.