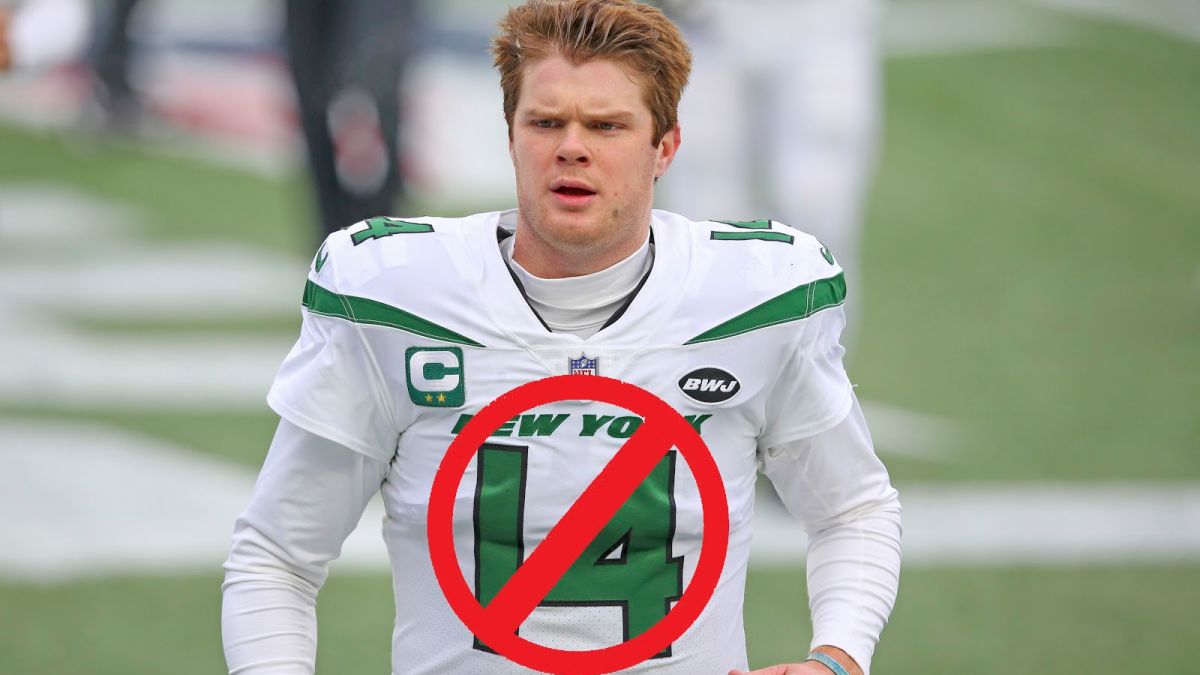 If there were any questions about if the Jets were all in on Zach Wilson, they got answered on Monday.

The Sam Darnold era is officially over in New York after being one of the worst starting quarterbacks in the NFL over the last few seasons.

According to ESPN, the Jets traded Darnold to the Carolina Panthers for a 2021 sixth-round pick and second-and-fourth-round picks in 2022.

The Jets will now likely make history once the draft rolls around, but it won’t be the good kind. Whenever you have an opportunity to select two top five QBs in four years, that usually means you evaluate talent like a middle school PE coach. In case you don’t remember, the Jets selected Darnold third overall in 2018 when 2019 MVP Lamar Jackson and Josh Allen were still on the board. And if the Jets do take BYU’s Wilson, as expected, he’ll have former 49ers defensive coordinator Robert Saleh as his head coach and a first-time OC in Mike LaFleur. That sounds like a classic Jets recipe.

For Darnold and the Panthers, this could be a chance for the young QB to re-ignite his career in a system that has some playmakers and a coaching staff that’s progressive on offense. He’ll reunite with deep-threat Robbie Anderson. The only question now for Carolina will be what they will do with Teddy Bridgewater, who they just signed to a 3-year, $63 million deal in 2020.

Many reports are saying that the Panthers will either look to trade Bridgewater or make some changes to his contract. I hate to see something like this happen to another Black quarterback in the league, but this is the NFL after all.

Overall, it seems to be a very “ehhh” type of trade. The Jets did what they could to get more picks to help build their team around Wilson and Saleh, but nothing really noteworthy for a former top-three pick. For the time being, the Panthers will have a QB battle between Bridgewater and Darnold if everything remains the same. But it seems like a lateral move at best for an organization looking to take the next step and compete for a playoff spot in 2021.

The one thing that this trade will give us is the opportunity to judge Darnold for exactly who he is. There will be no more excuses about his situation or about his coaching staff. We will be able to see just how good this man really is and if the criticism of his game is justified.