Home EntertainmentBollywood With more than 125 million views and 6 million plus likes in 24 hours, KGF: Chapter 2 teaser smashes all records globally

With more than 125 million views and 6 million plus likes in 24 hours, KGF: Chapter 2 teaser smashes all records globally 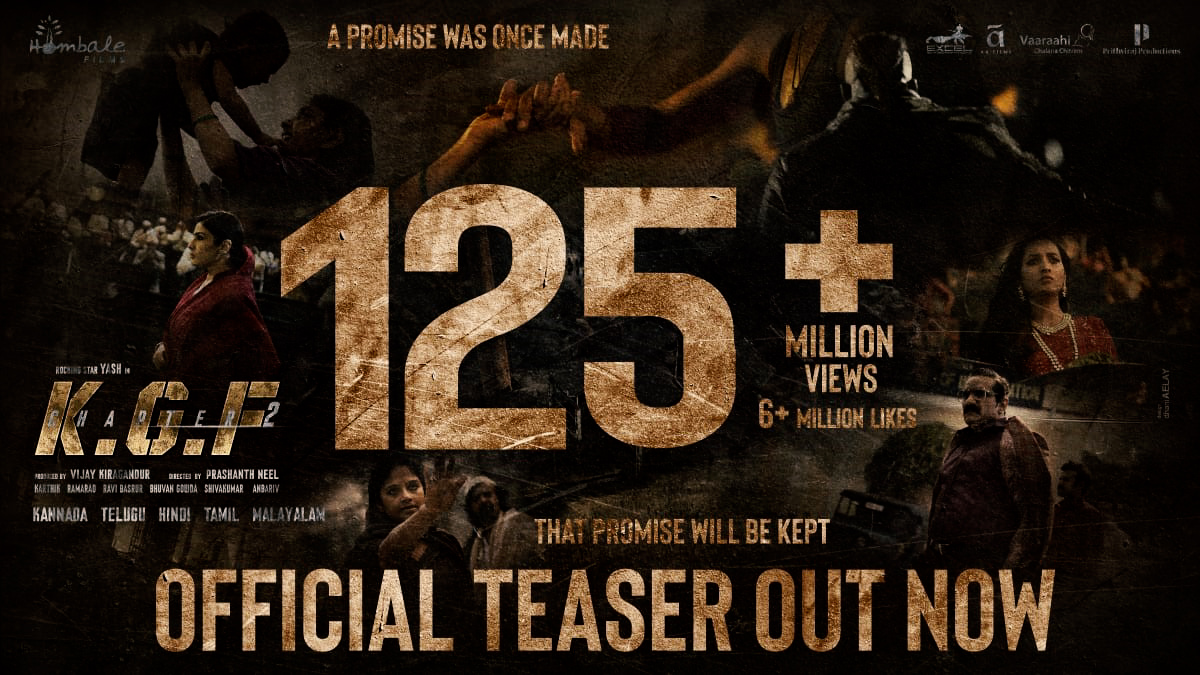 Breaking all records globally and leaving millions of fans excited is the teaser of the biggest release of 2021 – ‘KGF: Chapter 2’. Starring Pan-Indian superstar Yash in the lead alongwith Raveena Tandon and Sanjay Dutt, the film is being touted as the most awaited film of the year. Directed by Prashanth Neel and produced by Hombale Films, ‘KGF: Chapter 2’ is expected to surprise the audiences with intense, jaw-dropping action sequences.

Giving major adrenaline rush, the 2-minute long teaser was unveiled on Yash’s birthday and left everyone talking about it. While first half of the teaser introduces us to Raveena Tandon and Sanjay Dutt’s respective characters, it’s followed by the second half in which Yash takes over, leaving a powerful impact.

Already being touted as a blockbuster, the teaser of ‘KGF: Chapter 2’ has smashed all cinema records worldwide with more than 125 million views and 6 million plus likes on YouTube in just 24 hours. Taking a note of how the sequel has gone viral, we sure can’t wait to watch this actioner.

Reacting to the same, Raveena Tandon said, “I am grateful to see the kind of huge response our teaser has received world over. It’s really overwhelming to see how the audiences have reacted to the teaser and it has broken all records. We have worked hard on the film and hope that the audiences continue to shower us with the same love eventually when the film hits the screen. We are all really happy.”

Sanjay Dutt too shared his excitement about the same saying, “I am overwhelmed with the love that we have received for the teaser of KGF Chapter 2 from the fans and audience. We have garnered over 125 million views in such a short span of time, it is crazy. The whole team has put in a lot of hard work and it has paid off with the reaction we have received. This gives me the immense motivation to continue giving my best for the fans who believe in me.

He adds further, “Yeh toh abhi teaser tha picture abhi baaki hai, can’t wait for everyone to watch it. I am extremely excited for this film.”

We definitely can’t contain our excitement for ‘KGF: Chapter 2’, what about you?