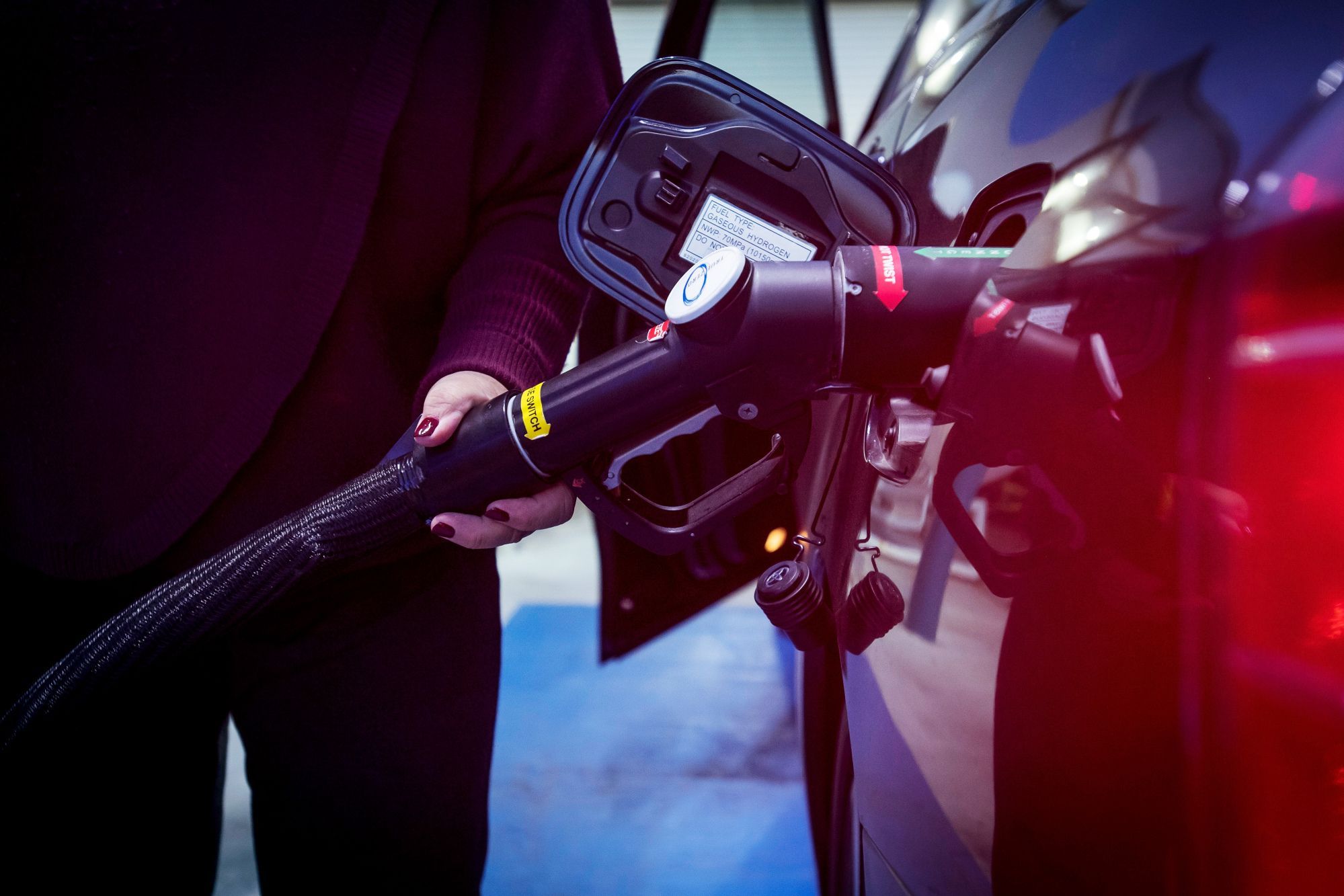 (Bloomberg) — Three million miles of natural gas pipelines criss-cross the U.S., and the fight against climate change could render them all obsolete.

The last two weeks alone illustrate the stakes. President Joe Biden canceled the permit for the $9 billion Keystone XL oil pipeline on his first day in office, a clear signal any new fossil fuel pipeline project in the U.S. will face long odds. His climate envoy, former Secretary of State John Kerry, warned that natural gas pipelines could become “stranded assets” within 30 years as the administration seeks to end carbon emissions from power plants. And NextEra Energy Inc. wrote off $1.2 billion of its investment in the Mountain Valley gas pipeline from West Virginia to Virginia, which has been tied up in regulatory and legal delays.

So pipeline owners are eyeing another, possibly future-proof fuel: hydrogen.

Unlike natural gas, hydrogen can be burned without pumping carbon dioxide into the air. Run it through a fuel cell to generate electricity and the only waste is water; produce hydrogen using electrolyzers powered by solar plants or wind farms and it becomes a way to store massive amounts of renewable energy—far more than any of today’s batteries can hold. And the best part for pipeline companies: getting it where it needs to be, in bulk, could require the same basic infrastructure that now carries natural gas.

It could, in other words, be a savior for the businesses behind our fossil fuel infrastructure. Even as those same companies insist gas will play a role for years to come, many of them are talking up the potential of hydrogen. They’re launching projects to blend small portions of hydrogen into their existing networks to see how the equipment behaves. They’re running experiments to strip hydrogen out of that blended gas, for use at specific locations. And they’re exploring how they might eventually transition from one fuel to the other.

“We see our gas network as an energy system that delivers molecules to our customers, and by 2050, the source of those molecules will be very different,” said Sheri Givens, vice president of U.S. regulatory and customer strategy at National Grid. “We see hydrogen as the low-carbon molecule of the 21st century.”

But the hype is far from the reality.

Some climate activists battling the industry over gas bans call the companies’ talk of hydrogen greenwashing. Gas businesses are downplaying the difficulty of switching from one fuel to the other, they say, trying to convince investors they’ll still be relevant in a zero-carbon world. “The industry’s always putting out things that might happen—if we just keep using gas right now,” said Matt Vespa, staff attorney with Earthjustice.

So far, there’s more actual hydrogen activity in Europe and the U.K. than there is in the U.S., where some companies have expressed interest without revealing many specific plans. The then-chief commercial officer of Energy Transfer, the largest U.S. pipeline operator by revenue, last fall called hydrogen “a head scratcher” that, at least for now, doesn’t make sense. “At this point, we don’t see anything close on the horizon around hydrogen,” said Marshall S. McCrea, now the company’s co-chief executive officer.

The questions involved in hydrogen transport go beyond merely the will to pursue it. Gas pipeline owners can’t simply switch from one gas to the other without cutting off existing customers, so any transition would start with blending hydrogen into the existing stream of fuel.

But even mixing the two—let alone replacing one with the other—poses technical problems that would need to be overcome. Compressors designed to move natural gas don’t work well with hydrogen, the lightest of all elements, and would likely need to be replaced. Some types of steel pipe become brittle and crack when exposed to hydrogen over time, whereas polymer pipes can easily handle hydrogen.

“We must investigate this for every single pipe we put hydrogen into,” said Jack Brouwer, director of the advanced power and energy program at the University of California, Irvine, “but it’s a phenomenon we can manage because it’s slow.” Problem pipes and compressors could be replaced over the course of years, he said. Or pipes could be protected with coatings applied from the inside by robotic devices called pigs that are currently used for pipeline inspection and maintenance. “Just put some spray-painting equipment on that same device, and there you go, right down the whole pipeline,” he said.

Pilot projects around the world have been designed to flush out problems and give companies a better sense of what other obstacles might lie ahead. In California, for instance, Sempra Energy has planned a series of demonstration projects that will test various concentrations of hydrogen in fuel blends—possibly up to 20%—in isolated pipeline segments made of polyethylene, steel, and a combination of the two. Another project will test technology to strip and compress hydrogen from the blended gas.

“Since the infrastructure already exists and serves customers, we would submit that it’s in the public interest to keep using that infrastructure to help us decarbonize,” said Jonathan Peress, senior director of regulatory affairs for Sempra’s Southern California Gas Co.

In July, a group of eleven European gas infrastructure companies presented a plan to build a dedicated hydrogen transport network, saying existing gas infrastructure can be modified to transport hydrogen at an affordable cost. The hydrogen network is set to reach 4,225 miles (6,800 kilometers) by 2030 and nearly 14,300 miles (23,000 kilometers) by 2040, three-quarters of which will consist of converted natural gas pipelines.

National Grid in the U.K. has launched a series of hydrogen demonstration projects, including using the gas to heat homes, and has discussed establishing a hydrogen pipeline transmission network connecting the industrial centers along Britain’s east coast. In the U.S., the company is partnering with six national labs and other companies on a gas-mixing research effort called HyBlend.

“The one thing that we have in the U.S. that we should be very proud of and is of huge value to us is we have a tremendous natural gas transportation and storage network,” said Alan Armstrong, chief executive officer of the Williams Companies, Inc., an energy infrastructure giant whose core business is natural gas. “It’s a tremendous opportunity for us to really take advantage of and to make hydrogen more economical.”

RELATED:  Cheteshwar Pujara Had To Hold His Bat With 4 Fingers Which Wasn't Natural