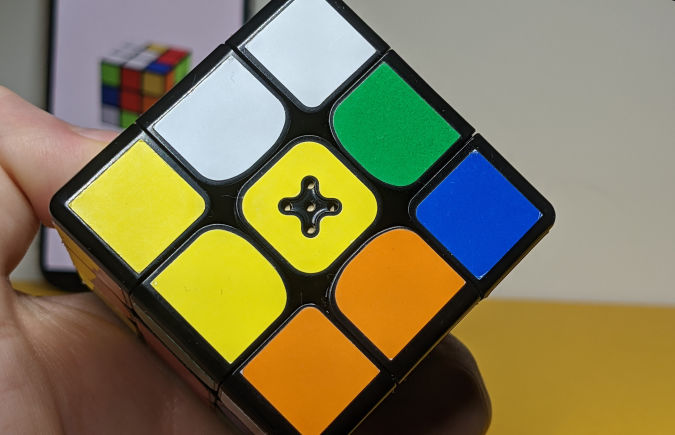 The Rubik’s Cube has been around for decades. I’ve toyed with the cube, probably in the very late ‘80s or early ‘90s, but never even imagined being able to solve one; from entirely shuffled, to perfectly ordered. But wouldn’t it be satisfying if I could? And if not now, with months of social distancing, when?

Fortunately, the internet makes solving what was originally an architecture puzzle, doable for most of us. Even the impatient, like me. The world record for solving a cube has plummeted since 2000 from 20 seconds to under five, as pros and enthusiasts synthesized high-speed solutions and turn combinations (called algorithms) and shared them with the world. (For a good primer, there’s a documentary on Netflix.)

While the answers are already out there, a new Bluetooth-connected Rubik’s cube (and companion app) unravels the terminology and simplifies it all into a guided tutorial. The Connected Cube, sadly, won’t have me cracking into the world rankings, but I can now, increasingly reliably, solve a Rubix’s cube, from scratch — without any help.

The Rubik’s Connected Cube is $59, making it notably pricier than typical Rubik’s Cubes, which are usually less than $20. You’re paying that premium for an iron-clad way of learning how to set up your scrambled cube, and an on-the-rails step-by-step method that will solve it, barring human error.

The only visible difference from a cube you didn’t solve in your childhood is a cross-shaped recess on the yellow face. This is where you recharge the puzzle so it’s able to connect over Bluetooth. A single charge will last you a good week of attempts to solve the cube. It otherwise looks, feels and moves like any other Rubik’s Cube. The magic lies with the companion app. This is a teacher with infinite patience that can track your every twist and, well, screw-up.

The Rubik’s Connected app is mostly focused on competitive functions and speed-solve timers aimed at experienced cubers, with the learning section for the rest of us, relegated to the final tab. GoCube, the company behind the Rubik’s Connected, has made connected cubes in the past — this is one with some (arguably important) Rubik’s branding. It also makes a more advanced model that lights up as you progress. It also costs $20 more.

The solution guide includes a detailed course that covers the terminology and the moves used to get you to your first solve. It’s a seven-step process (there are faster, more complicated ways to solve it), and you’ll find some steps more complicated than others. At least, I did. 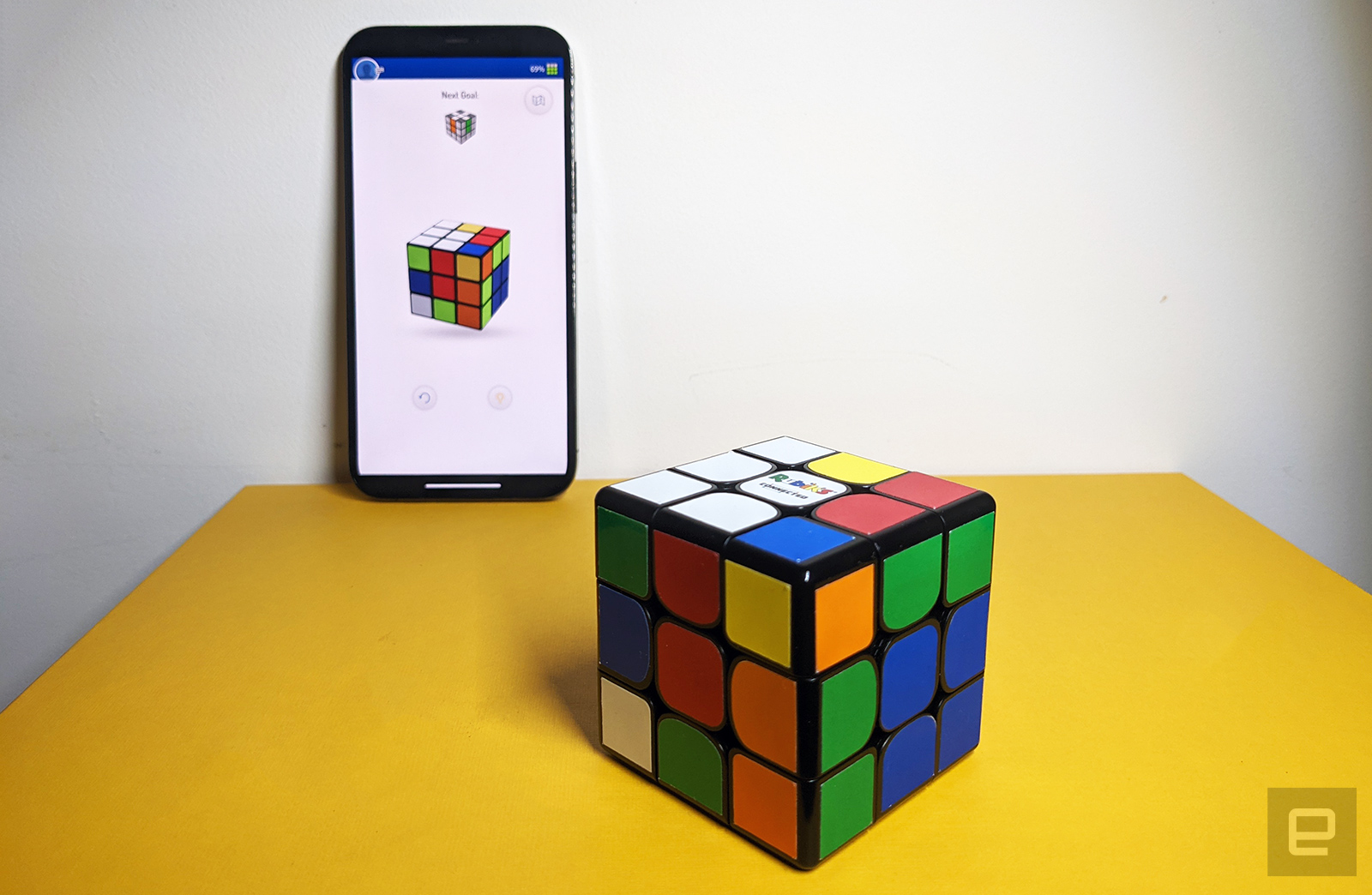 Each step comes with at least one video tutorial, alongside a cheat-sheet of the algorithm combinations needed to manipulate the cube.

The best part is that the app is able to keep you on track by offering a way to reverse your mistakes, through a series of on-screen twists and rotations,  as well as the option to  “program” your cube so you can repeat any trickier steps until you’ve got them memorized.

After I got my first solve — which I was far too proud of — there’s a practice option in the learning tab that offers minimal hints to help you work through the cube. If you need more assistance, a light-bulb icon will offer a video tutorial of the step you’re working on, as well as the turns needed.

I’ve now solved the cube a handful of times, and I’m working to memorize the process. I can typically unscramble the cube in under three minutes. The more complicated final steps still trip me up occasionally, but there’s light at the end of the tunnel. Sub-10 second solves aren’t happening any time soon, but if I can solve a Rubik’s Cube, you, almost definitely, can too.