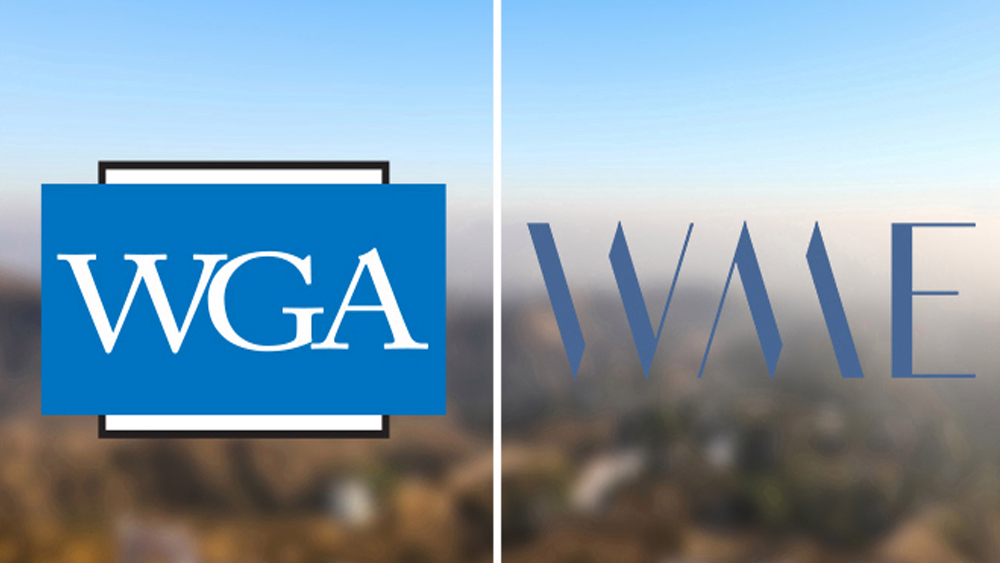 The WGA has won its historic campaign to reshape the talent agency business, today signing WME – the last agency holdout – to its franchise agreement. All the major agencies have now signed the agreement, which will return them to a 10% commissioning business model not seen in decades.

Both sides also agreed today to drop their antitrust lawsuits against one another “in consideration of a negotiated settlement executed by them.”

The agreement allows WME’s writer-clients to return to the agency for the first time since April 2019, when the WGA East and West ordered their members to fire their agents who refused to sign the guilds’ Code of Conduct, modified versions of which will now phase out packaging fees by 2022 and limit the agencies’ ownership interests in affiliated production companies to just 20%. WME was the last of the major agencies to sign the WGA’s agreement, in part, because it has the most tangled corporate structure, and its production-distribution affiliate – Endeavor Content – has the most projects currently in production and development – more than 300.

“WME and the WGA have agreed to a new franchise deal that addresses writers’ core concerns while recognizing the unique aspects of our business,” Ariel Emanuel, CEO of Endeavor, said in a statement. “Writers have been a part of this agency since our inception, and they will continue to be a part of the lifeblood of WME. We look forward to once again serving as their advocates during this unprecedented time in our industry.”

WME’s signing will also end its long-running legal battle with the guild, with both sides agreeing to dismiss their anti-trust lawsuits against one another – a fight that’s been going on for nearly two years. The WGA dropped its lawsuit against UTA when it signed the franchise agreement last July, and against CAA when it signed in December.

The WGA has long maintained that packaging, in which agencies bring together many of the creative elements of a show – and agency affiliations with related production and distribution companies – create a conflict of interest for the agencies, giving them an incentive to low-ball writers on projects in which the agencies have a financial interest. The guild claimed that the packaging fees paid by the studios to the agencies were a violation of state and federal labor law because they amounted to “illegal kickbacks” from an employer to an employee representative. The guild also argued that agency affiliations with corporately related production companies made the agencies, in effect, both their clients’ representatives and employers.

The WGA’s victory could also normalize relations between the guild and the Association of Talent Agents, the bargaining representative of more than 100 agencies, including all the major ones. The dispute began on April 6, 2018, when the WGA sent the ATA a 12-month notice to terminate their Artists’ Manager Basic Agreement of 1976 (AMBA), which regulated talent agency representation of writers. The WGA then made proposals to the ATA for a new AMBA agreement that would eliminate agency conflicts of interest, but the two sides were unable to reach a deal, and on June 19, 2019, the guild announced that it would no longer negotiate with the ATA, and would instead negotiate with individual agencies.

One by one, the agencies began to fall, signing the WGA’s code of conduct – slowly at first, but then in a steady stream after more than 7,000 WGA members fired their agents in April 2019. Verve, which was not an ATA member, became the first mid-sized agency to sign in May of that year, followed by a succession of ATA member-agencies: Kaplan Stahler and Buchwald in July of 2019; the Gersh Agency and the Agency for the Performing Arts signed in January 2020; Paradigm signed last March; UTA in July; ICM Partners in August, and CAA in December. And now WME.

Labor disputes come and go, and even strikes end eventually, but curbing the major agencies’ conflicts of interest will have a lasting and profound impact not only on writers and their agents, but on the industry as a whole.

The WGA West’s “Two Davids” – executive director David Young and president David A. Goodman – deserve much of the credit for the guild’s victory over the agency Goliaths, but they, no doubt, would be the first to share the credit with the WGA’s 24-member Agency Negotiating Committee, which was co-chaired by Chris Keyser, David Shore and Meredith Stiehm. Their conquest of the agencies would not have been possible, however, without the unwavering support of the membership of the WGA West and East, more than 7,000 of whom fired their agents in the first shots of the battle back in April of 2019.

The WGA’s victory could also open the door for SAG-AFTRA and the DGA to negotiate new franchise agreements with the ATA for the representation of their members. SAG-AFTRA hasn’t had a franchise agreement with the ATA since the old Screen Actors Guild had a falling out with the ATA in 2002 when they couldn’t come to terms over agency affiliations with related production entities. SAG argued back then, as the WGA did many years later, that such relationships made agents both the representatives and the employers of their members. SAG’s move to disenfranchise the major agencies, although dramatic, saw no change in the way the agencies conducted business, and few if any actors left the big agencies to be represented by smaller ones that had agreed to SAG’s terms. It’s a standoff that continues to this day.

And the DGA recently weighed into the dispute between the WGA and WME, siding with the WGA. On Dec. 31, 2020, DGA national executive director Russell Hollander sent WME president Ari Greenburg saying that the DGA has “been closely following the negotiations and litigation and believes now is the right time to communicate our strong support for the WGA’s efforts to remedy the affiliated production company issue.”

“The issue of talent agencies owning production entities is, and always has been, an issue of great concern to the DGA,” Hollander wrote. “The issue of avoiding conflicts of interest is exceedingly important to the DGA and our members. Affiliated ownership carries with it inherent and obvious conflicts of interest. Agents should be free and unencumbered to carry out their duties to their director-clients with only the directors’ interests in mind, and should procure work for directors without the incentive to make cost-effective deals with production companies owned by the same parent company as their agency…This continued conflict of interest is not acceptable to the DGA. Absent prompt resolution, we intend to take all necessary and appropriate steps to protect our members.”

The end of the historic legal battle between the WGA and WME came into view on Dec. 18 when U.S. District Court Judge André Birotte Jr., who is presiding over their antitrust case, repeatedly urged WME and the union to settle their dispute before it goes to trial. “Come on folks. Get together. Get this done,” he told the lawyers who attended via Zoom.

A few days later, WME gave the WGA a proposal that updated the terms of a previous proposal, but the WGA rejected it on Dec. 29, saying, “WME has yet to grapple, in a serious way, with its own conflicts of interest.”

The next day, the judge denied WME’s request for a preliminary injunction that would have ended the WGA’s boycott of the agency until the case can go to trial. It was a major legal victory for the WGA and added pressure on WME to settle and sign the WGA’s franchise agreement. On Jan. 25, Endeavor president Mark Shapiro said that “We are currently in substantive discussions with the WGA to resolve the ongoing dispute. The tenor of the conversation is positive, and we are working diligently with the WGA to move this forward as quickly as possible.”

And now that the deal is done, a new era of representing the interests of writers can begin.