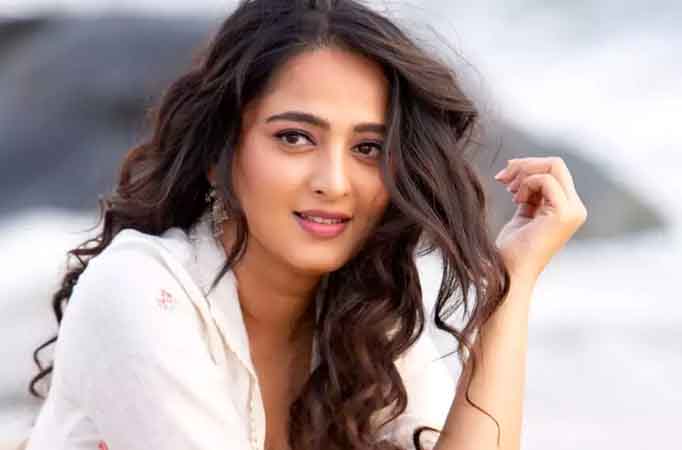 MUMBAI: Popular actor Anushka Shetty on Wednesday described women police officers as the real stars, as it is because of their efforts that women feel secure.

The actor of “Baahubali” fame was addressing “SHEPahi”, the first annual conference of women police officers in the Cyberabad police commissionerate.

“Though we film stars are portrayed as stars, each one of you seated in this hall is a star. We are reel stars and you are the real stars. Because of your efforts and hard work behind us, we feel so secure and your sacrifices are supreme,” she said.

Over 750 women police personnel and their officers attended the daylong conference, whose theme was ‘SHEpahi’. SHE stands for strength, humanity and empathy, the attributes that a woman brings to the police force while ‘pahi’ means good work.

Cyberabad Police Commissioner V.C. Sajjanar said that they decided to organise the annual conference to discuss issues and challenges faced by women personnel.

He pointed out 12 per cent of the total police force in Cyberabad is women. “They are efficient. Given any responsibility, they perform well. 50 per cent of senior police officers in Cyberabad are women. We have women in all the 17 verticals. We work shoulder to shoulder in tandem,” he said.

“They didn’t even know about cycling. These new recruits of 2020 have learnt driving after joining in the police last October, but picked it up fast. Ganga and Swapna are graduates while and Alivelu and Geetha are intermediate (10+2),” he said and announced that all women police personnel, in future, will be trained in driving.

Additional Director General of Police, Women Safety Wing, Swati Lakra claimed that there is no gender bias in the police. Stating that 50 per cent of the population are women, she said that the police force should also have 50 per cent women. There should be women in all the 17 verticals. Every woman police is on par with her male colleagues, she said.

Bharosa, which was established in 2016 to provide integrated support to women and children who have been subjected to severe abuse, be it physical, sexual, financial or emotional, has presence in just four places. In 2021, it will be extended to 10 places.

Lakra lauded the efforts of Cyberabad Police working on CCTV surveillance on war footing. This project not only helps in prevention, but also in investigation and detection, she said.

Anushka, along with top police officers, flagged off three DIAL 100 Immediate Response Vehicles and one SHE Shuttle bus sponsored by Virtusa.

These DIAL 100 Vehicles will have women police officers along with male police officers to respond to women who dial the number 100 for help. In case of domestic violence, they will conduct counselling, warn the respondent or help women file FIR/petty cases in the police station. The teams will work round the clock. Already three such teams are working in the three zones of Cyberabad.

Sajjanar said Cyberabad has seven SHE shuttle services and on Wednesday, one more was added thanks to Virtusa and Society for Cyberabad Security Council (SCSC). Nearly 60,000 women commute in these shuttles. He urged more companies to come forward to sponsor more such shuttle services.