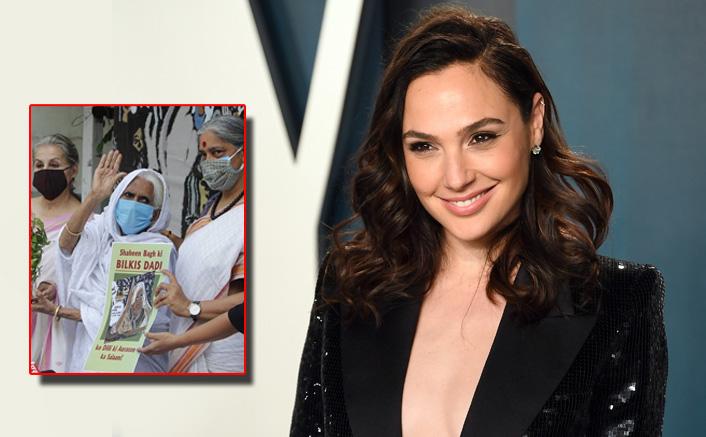 Gal Gadot is basking high on the success of her latest release, Wonder Woman 1984 and her fans have been going gaga over her stellar performance. Now, the WW actress has shared heartwarming pictures of women that inspired her and guess who made it to the post? It’s none other than Shaheen Bagh Dadi, Bilkis Bano.

Everyone around the world is in awe of Bilkis Bano after she made it to Time’s list of most influential people.

Sharing the pic on her Instagram, Gal Gadot penned a heartfelt note that read, “Saying farewell to 2020, with all my love to #MyPersonalWonderWomen ❤ Some are those closest to me – my family, my friends – some are inspiring women I’ve loved discovering, and some are exceptional women I hope to meet in the future. Together, we can do wonders! Share your own wonder women with me ❤️”

Meanwhile, Warner Bros recently confirmed the third instalment of Gal Gadot’s Wonder Woman and fans are more than happy to hear this news.

Wonder Woman 1984 is very well received by the audience as the movie was watched by more than half of HBO Max’s total current subscribers the very day it was released on the platform. Speaking about Jenkins, the director will still work on her upcoming Star Wars film, Rogue Squadron, before Wonder Woman 3.

In a recent interview with EW, Patty Jenkins revealed that she has two more stories planned for Wonder Woman films. She further said that these two stories would bring about the completion of the series. She said, “The story continues after this in movies that I may or may not direct. I have two more stories that become the completion of this story and it’s all about women stepping in as women, in the most loving kind pure and natural way. And making a difference in the world without having to change who they are to do it.”

What are your thoughts on Gal Gadot sharing a pic of Shaheen Bagh Dadi, Bilkis Bano on her Instagram? Tell us in the comments below.

Must Read: Zack Snyder Breaks Silence On The Marvel VS DC Debate & It Seems He Has Chosen His Side