Won’t step back from S-400 deal with Russia, says Turkey 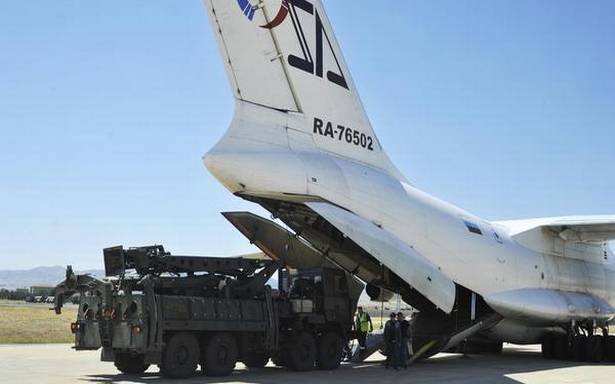 Turkey will not step back from its decision to deploy Russian air defence systems despite U.S. sanctions imposed on the country over the purchase, Turkish Foreign Minister Mevlut Cavusoglu said on Thursday.

In an interview with Turkey’s 24 TV television, Mr. Cavusoglu also said Turkey was mulling steps it would take to reciprocate against the U.S. sanctions, but did not say what the steps could entail.

The U.S announced sanctions earlier this week over Turkey’s procurement of Russia’s advanced S-400 system, under a U.S. law known as CAATSA, aimed at pushing back on Russian influence. The sanctions target Turkey’s Presidency of Defense Industries, the head of the presidency and three other senior officials.

The penalties block any assets the four officials may have in U.S. jurisdictions and bar their entry into the U.S. They also include a ban on most export licenses, loans and credits to the agency.

“If we were to step back we would have done so before now,” Mr. Cavusoglu said

. “Now we are assessing the impact of these sanctions in great detail … and will take steps accordingly.”

The Minister also described the sanctions as “wrong both legally and politically”, arguing that Turkey’s purchase of the Russian system in 2017 predated the CAATSA law.

Mr. Cavusoglu said that an improvement of relations between Turkey and the United States would be conditional on President-elect Joe Biden’s ability to address Ankara’s grievances.

Ties between the two have been plagued by numerous disputes, including the jailing of American citizens and local consular staff, U.S. support for Syrian Kurdish fighters considered to be terrorists by Turkey and the continued U.S. residence of a Muslim cleric accused of masterminding the 2016 coup attempt in Turkey.

The U.S. had previously kicked Turkey out of its F-35 stealth jet program, saying their use alongside the Russian technology would jeopardize the safety of the fighter jets. Washington also says the Russian system would not be interoperable with NATO systems.