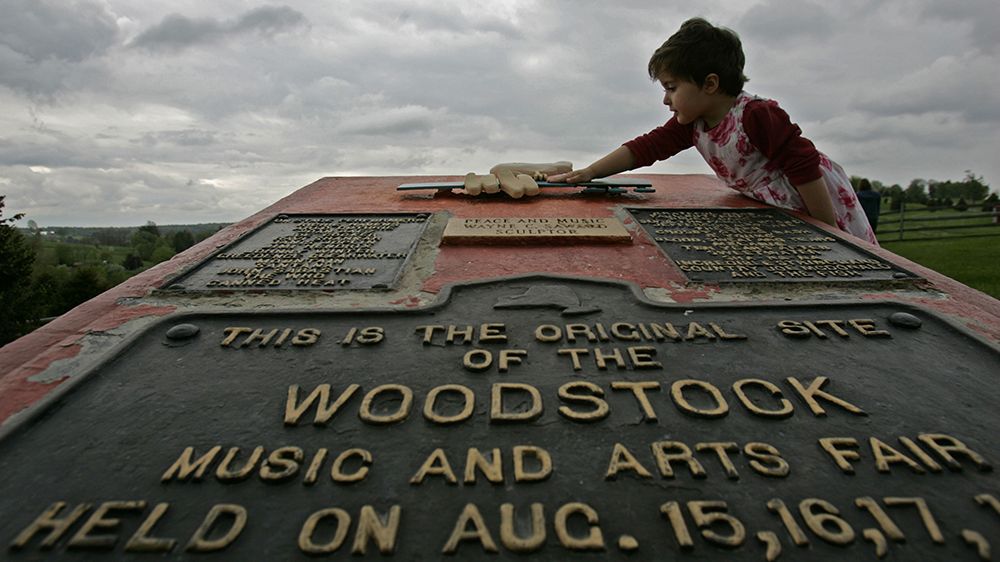 The ashes of the Woodstock 50 festival that wasn’t are still smoldering, but one of the key financial disputes appears to have been stomped out. A lawsuit that the aborted festival’s producers filed last year against the financial backer that pulled out before the gathering was canceled, Dentsu, was resolved with a confidential settlement.

Variety has examined the settlement filing, which was filed Dec. 15, 2020 with the Supreme Court of the state of New York State, wrapping up the suit that Woodstock 50 filed against Dentsu last summer. Any terms or money exchanged were not disclosed as part of the court papers.

“The parties have settled this matter on confidential terms,” says the document signed by attorneys for both parties. The very short stipulation of discontinuance asserts that “the Complaint is dismissed with prejudice, and without fees or costs to any party.”

News of the settlement was first reported by Billboard, which said it has learned that Dentsu “has agreed to pay an undisclosed settlement sum covering damages but not unrealized profits.”

Woodstock 50’s lawsuit, filed in June 2020, sought tens of millions of dollars from Dentsu, accusing the Japanese advertising firm of sabotaging plans for a 50th anniversary festival in August 2019.

The suit contended that Dentsu and its subsidiary agreed to finance the festival but then manufactured an excuse to breach their agreement, thereby depriving the organizers of millions in revenue.

“Dentsu and Amplifi made the cold-blooded decision to exit their investment having nothing to do with any alleged breaches by Woodstock 50, but rather to avoid the potential that the Festival would not make money or not be as successful as they hoped,” the suit alleged. “The Festival was to be one of the iconic musical and cultural events of our era,” it doubled-down.

The complaint alleged that “Dentsu induced its affiliate Amplifi Live to breach its contract with Woodstock 50 to produce the Festival, and then to seize control of it in order to cancel the event. Dentsu proceeded to interfere with Woodstock 50’s contracts with performers and others, to defame Woodstock 50, and to damage its business prospects. As a result of Dentsu’s egregious conduct, Woodstock 50 seeks to recover the tens of millions of dollars in damages it suffered, in addition to punitive damages for the defendants’ outrageous misconduct.”

Woodstock 50 was planned as a three-day music event celebrating the 50th anniversary of the 1969 Woodstock, still the world’s most famous music festival. Headliners were to include contemporary acts like Jay Z, Miley Cyrus, Halsey, the Killers, Imagine Dragons and Chance the Rapper as well as a handful of performers who’d played the original fest a half-century earlier, like John Fogerty and Santana. The location had been shifted from the original site to the Watkins Glen International raceway, but as local government clamped down on capacity to a proposed level that would have likely rendered the festival unprofitable, producers sought out other sites before the event was ultimately canceled.

Dentsu itself had unilaterally declared the festival over and done with, bringing the conflict between the two parties to a head. Woodstock 50 won a judgment that Dentsu could not push the kibosh on the event all by itself, although that victory seemed to have little bearing on the festival’s continuing march to what — between money and permit woes— increasingly seemed like an inevitable fate. It was Woodstock 50’s contention that Dentsu’s pullout was the real fatal blow.

Festival organizers, who included original Woodstock 1969 impresario Michael Lang, argued that Dentsu and Amplifi Live had agreed to put up $49 million to produce the festival. In their legal action, the Woodstock 50 camp alleged that Dentsu had “sabotaged the Festival” when the Japanese firm “unlawfully withdrew over $18 million of Festival funds, and falsely claimed that the Festival had been canceled. Dentsu then prevented Woodstock 50 from proceeding with the Festival by wrongfully attempting to claw back Festival funds paid to talent and other vendors, convincing those Festival partners to abandon their business arrangements with the Festival.” Woodstock 50 also cited a “massive disparagement campaign” for why the festival was unable to secure different backers and get its government permits.