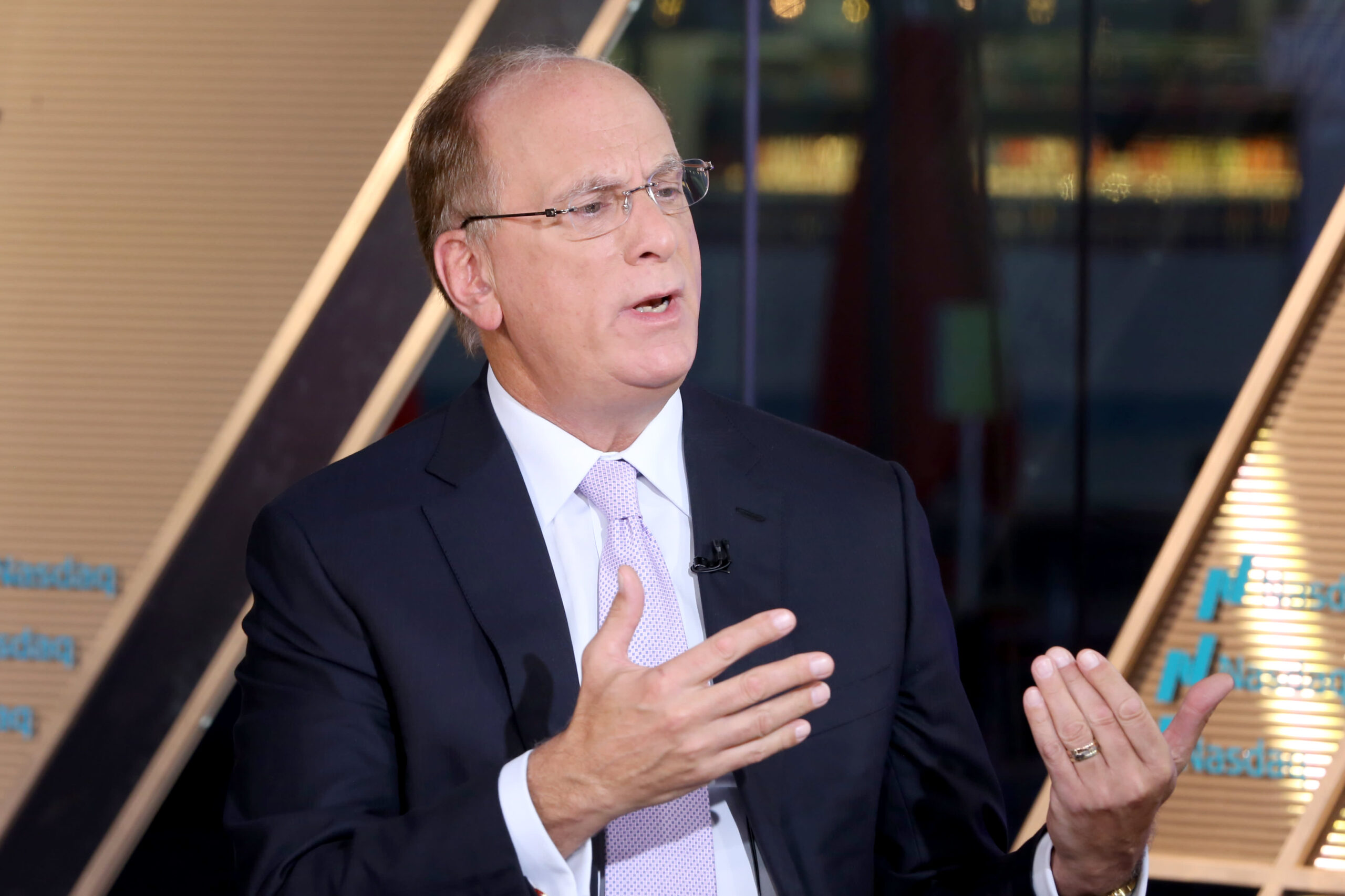 The world’s largest asset manager is pushing companies to disclose how they will survive in a world of net-zero greenhouse gas emissions.

“Because better sustainability disclosures are in companies’ as well as investors’ own interests, I urge companies to move quickly to issue them rather than waiting for regulators to impose them,” BlackRock CEO Larry Fink said Tuesday in his annual letter to CEOs.

The corporate world is waking up to the fact that so-called ESG factors — environmental, social and governance metrics — pose financial risk, and companies that don’t adapt will be left behind.

Indeed, Fink said in his letter that as investors tilt their holdings toward companies focused on sustainability, “the tectonic shift we are seeing will accelerate further.”

“More and more people do understand that climate risk is investment risk. …When finance really understands a problem, we take that future problem and bring it forward. That’s what we saw in 2020, and what we’re seeing now,” Fink said Tuesday on CNBC’s “Squawk Box.”

“The flows even in January into sustainability funds are growing, not shrinking, and this is going to continue in 2021,” he said.

ESG investing became widespread during the bull market boom, leading many to view it as simply a bull market phenomenon. But amid the sell-off in stocks as the coronavirus roiled markets in March, investors piled into sustainability-focused funds. Many of these wound up outperforming their peers.

Last year, from January to November, investors in mutual funds and exchange-traded funds invested $288 billion globally in sustainable assets, a nearly 100% increase from the whole of 2019, according to BlackRock.

“They [investors] are also increasingly focused on the significant economic opportunity that the transition will create, as well as how to execute it in a just and fair manner,” Fink wrote in his letter.

“No issue ranks higher than climate change on our clients’ lists of priorities,” he wrote. “They ask us about it nearly every day.”

Amid the jump in ESG fund flows, some have said it’s reached bubble-like territory and that valuations are beginning to look stretched for some of the most popular pure-play names related to the energy transition.

But Fink said that as in any new trend there will be some winners and some losers. He compared the sector to technology companies over the last 20 years, noting they ultimately grew into their earnings.

This isn’t the first time Fink has sounded the alarm on the corporate world’s role in climate change.

In his 2020 letter, he said a reshaping of finance was underway, and said the firm was overhauling its investing strategy in order to place sustainability at the center.

His 2019 and 2018 letters also focused on the idea of stakeholder capitalism, or that companies should seek a greater purpose beyond lining their shareholders’ pockets.

Critics of ESG investing argue that it’s difficult to score a company given the subjective nature of some of the metrics, as well as an overall lack of data disclosure.

In a bid for greater transparency, BlackRock said it is asking companies to state how their business model will be compatible with a net-zero economy.

In a separate letter to clients, BlackRock said it will help investors identify companies leading the charge by employing a “heightened scrutiny model” in its actively-managed portfolios. The firm will also create a “focus universe” of holdings that are particularly susceptible to climate-related risk.

With $8.68 trillion in assets under management, BlackRock’s words and actions carry weight, and some argue the company’s push toward a greener future is too little, too late.

Of course, its myriad offerings, including ETFs that track the S&P 500, mean it’s difficult to unilaterally sell stocks of companies that engage in activities that might not align with a customer’s values.

“It’s encouraging to see BlackRock finally willing to remove companies from active funds as a consequence of moving too slowly on climate,” said Gaurav Madan, senior forests and lands campaigner at Friends of the Earth. The environmental group is one of the partners in BlackRock’s Big Problem, a global network of NGOs and financial advocates pressuring asset managers for change.

“This is a welcome shift in BlackRock’s strategy,” said Madan. “But that threat alone is not enough at this stage of the pending crisis.”