Home EntertainmentHollywood WWE Legend Mick Foley Reminds Dwayne Johnson AKA The Rock Of Going A Little Too Far 22 Years Ago!

WWE Legend Mick Foley Reminds Dwayne Johnson AKA The Rock Of Going A Little Too Far 22 Years Ago! 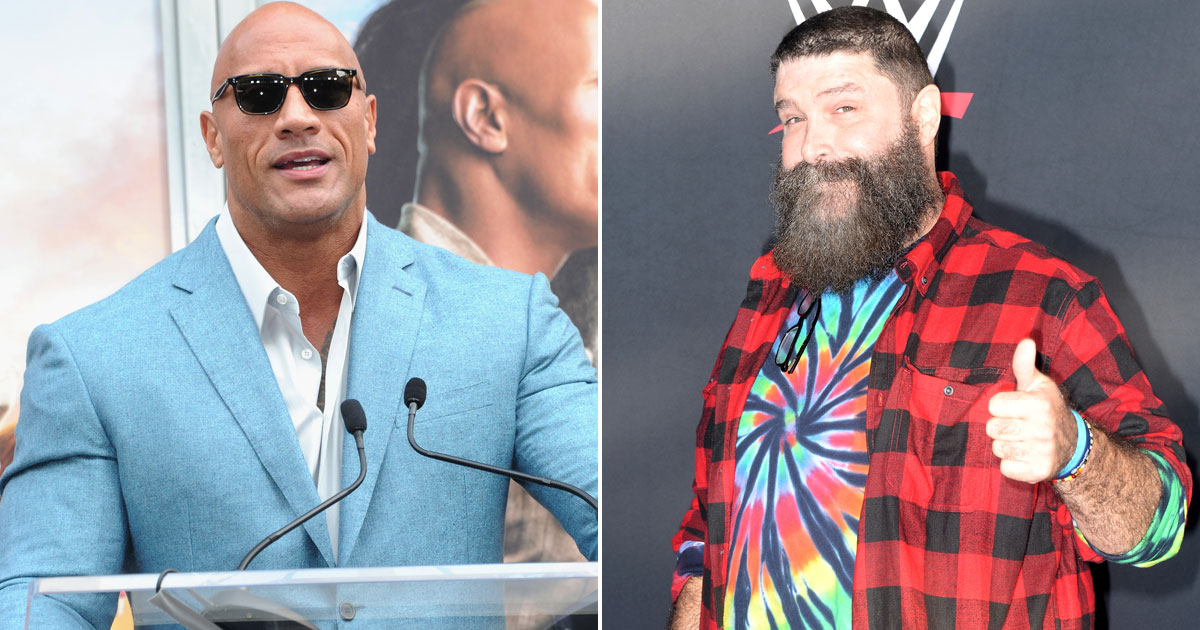 WWE legend Mick Foley might have retired from professional wrestling but his popularity and respect amongst fans haven’t dimed a bit. And why not, during his active years, the man dedicated his entire body (literally) for the love and passion of the game. One such ‘brutal’ example of Mick’s dedication was ‘I Quit’ match that happened 22 years ago featuring him and Dwayne Johnson aka The Rock.

Yes, we are talking about the match that still gives us goosebumps that took place on 24th January 1999. No doubt, it’s one of the most entertaining pro-wrestling matches, the contest is also infamous for lots of chair shots and both the superstars getting carried away. It was the Brahma Bull who emerged winner, but Foley (as Mankind) won everyone’s heart.

To brush up the memory, the match lasted for over 20 minutes. It turned a bit scary when Mick Foley was handcuffed and Dwayne Johnson aka The Rock hit eleven unprotected chair shots on Foley’s head. Post the telecast, it was learnt that Foley suffered unconsciousness due to chair shots. Even though the match was a huge hit, a section of viewers criticised WWE for going overboard with Foley’s body.

Now, as ‘I Quit’ match has marked 22 years, Mick Foley took to Twitter and reminded Dwayne Johnson of it. He wrote that they both got carried on that night. “22 YEARS AGO TODAY! I think @TheRock and I may have gone a little too far on this particular evening,” Foley’s tweet reads.

We would love to see what Dwayne‘s reply to ‘I Quit’ memory shared by Foley!

Meanwhile, just a few days back, WWE champion Roman Reigns made a huge statement that he would love to face The Rock at Wrestlemania 39. As WM 39 is taking place in Los Angeles (Hollywood), Reigns thinks that it will be great to fight the established movie star in his own yard.

Must Read: WWE: Matt Riddle Wants A Fight With Brock Lesnar At Wrestlemania Like Crazy!