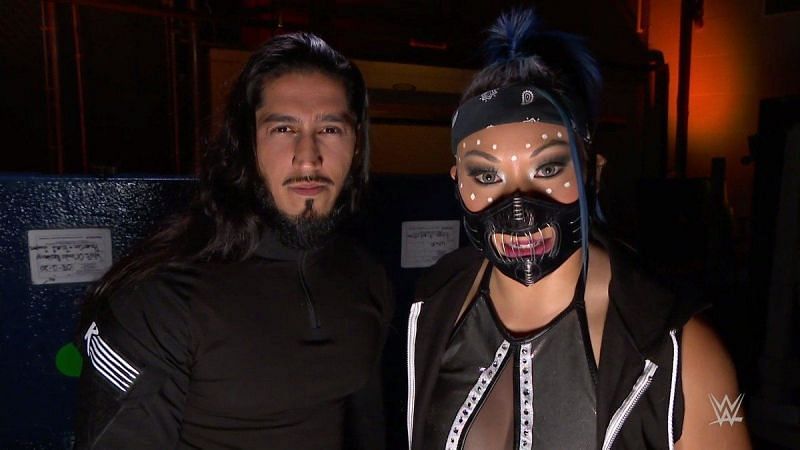 Drew McIntyre returned to WWE TV this week after testing positive for COVID-19 and being forced into quarantine a few weeks ago. Luckily for the WWE Champion, he has recovered in time to defend his title at the Royal Rumble tomorrow night against Goldberg, but this won’t be the case for Reckoning (Mia Yim).

It’s unclear if the RETRIBUTION member was scheduled to be part of the Women’s Royal Rumble match, but the former NXT star recently revealed that she had tested positive for COVID-19 and will no longer be able to take part.

Yim confirmed the news on her Twitter account. She stated that she had been tested several times and even debunked rumors that she had the virus earlier today before actually testing positive.

Yim asked the WWE Universe to respect her privacy and stay safe by washing their hands and wearing a mask.

It’s been a rough few months for Reckoning since she was promoted to the main roster as a member of RETRIBUTION. The group has been booked in a strange way by WWE creative.

Reckoning was able to wrestle her first singles match on RAW a few weeks ago against Dana Brooke. However, she lost her mask and was then belittled by RETRIBUTION leader Mustafa Ali.

The Women’s Royal Rumble could have given Reckoning a new lease on life and allowed her to pick up a new feud on RAW, but now she will be forced into quarantine.

Mustafa Ali is still set to be part of the upcoming Men’s Royal Rumble match, but it’s unclear if any of the other three RETRIBUTION members will be present.

Were you looking forward to seeing Reckoning in the Women’s Royal Rumble? Sound off in the comments.