Home Entertainment Wyatt Russell loves that everyone hates his new Captain America: ‘I don’t like telling people how to feel’

Wyatt Russell loves that everyone hates his new Captain America: ‘I don’t like telling people how to feel’ 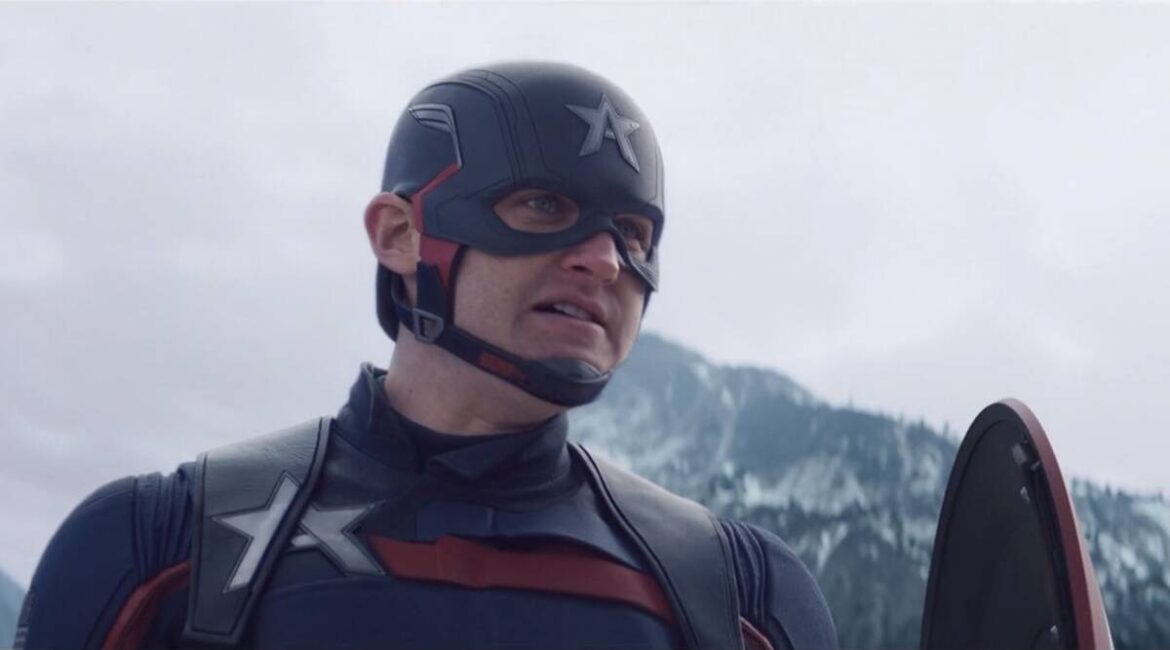 Wyatt Russell didn’t grow up idolizing superheroes — or dreaming of someday playing one.

“I didn’t know comic books were still a thing. When I was a kid, I didn’t know anyone who read comic books,” the hockey player-turned-actor told Yahoo Entertainment (watch our interview with Russell and co-stars Erin Kellyman and Amy Aquino above). “I grew up with sports and athletes. Bo Jackson was a superhero.”

Of course, his run as a superhero — one of the most iconic of all time, Captain America — will in all likelihood be short-lived. In Disney+’s Marvel Cinematic Universe series The Falcon and the Winter Soldier, Russell, 34, plays John Walker — the decorated Marine entrusted with Steve Rogers’ indestructible red, white and blue super shield after Sam Wilson (Anthony Mackie) turns it down. While all indications point to Wilson, not Walker, ultimately becoming Marvel’s new Cap by series’ end, right now the current Star-Spangled Avenger isn’t exactly winning over fans.

The response to Russell’s Walker has been, how shall we say, passionate. Some True Believers are decrying “the fake Cap,” longing for the return of Chris Evans and, as more than a few tweets fantasize, punching John Walker in the face.

Russell, best known for playing laid-back stoner types in movies like 22 Jump Street and Everybody Wants Some and the series Lodge 49, is not on social media, but is aware of the backlash and memes coming Walker’s way — and taking it all in stride.

“I love that people have that and the ability to share whatever their feelings are, but it’s not in the cards for me,” he says. “If you don’t [get that reaction], you did something wrong.”

Walker isn’t all bad, at least from what we see of him in Episode 2. He also struggles with the weight of taking up the shield, and seems to make an effort to connect with Sam and Bucky (Sebastian Stan), though questions linger about his true intentions. Russell also lends him some natural charisma. But the actor certainly doesn’t want to defend his alter ego or tell you how to feel about him.

“I don’t like telling people how to feel because it’s like explaining your art,” he says. “It sounds cheesy, but it is. You go out and you do it, and however you feel is how you’re supposed to feel. I am not here to say, ‘You should like him!’”

The Falcon and the Winter Soldier is actually Russell’s second flirtation with Captain America. He originally auditioned to play him over a decade ago before Evans was cast in 2011’s Captain America: The First Avenger.

“I think I was just brought in to read, they probably auditioned a million people,” Russell says. (He’s not too far off: Will Smith, Sam Worthington, Garrett Hedlund, Chad Michael Murray, Channing Tatum, John Krasinski and even Sebastian Stan were among the many actors who reportedly tried out for the role.) “It was like anyone who had legs and could walk and could talk auditioned to play Captain America. But it was fun, I don’t remember too much. … But I kind of knew, this wasn’t happening.”

Wyatt, who is the son of Hollywood icons Kurt Russell (who had his own MCU moment as Star-Lord’s father, Ego, in Guardians of the Galaxy Vol. 2) and Goldie Hawn and played professional hockey before switching to acting, said he was too wet behind the ears at the time.

“I was not good at acting, probably,” he laughs. “I was not going to be in a Marvel movie. I had been in like two short films and a student film.”

— Video produced by Jon San and edited by Jason Fitzpatrick

The Falcon and the Winter Soldier is now streaming on Disney+.

Watch Anthony Mackie and Sebastian Stan talk about the series: