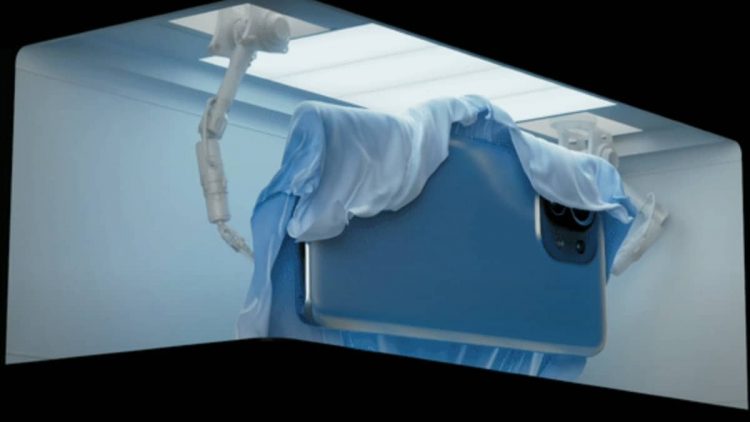 Xiaomi Mi 11 launch is just a few days away, but while Xiaomi is busy preparing the stage for its next-generation flagship, the rumour mill has churned out some fresh details. These include a purportedly official teaser video as well as the information about distinct variants that the Chinese company may announce next week. A listing of the Xiaomi Mi 11 has also surfaced on JD.com with pre-booking details. Similarly, Xiaomi has created a webpage for the new smartphone that suggests it has a curved display.

Smartphone-focussed blog SparrowNews has leaked the teaser video that is allegedly associated with the Xiaomi Mi 11. The five-second video gives us a glimpse of the new Mi-series phone from its back. This looks quite similar to the concept render we saw earlier this month.

Alongside the teaser video, Xiaomi has created a dedicated webpage on its Mi.com site for the Mi 11 that suggests a hole-punch display design along with curved edges. The phone also appears to have thin bezels. A screen protector leaked earlier this week also suggested similar aesthetics.

Although Xiaomi has not yet provided any details about the availability and sale of the Mi 11, e-commerce site JD.com has started taking pre-bookings of the new smartphone that will last until December 31. This suggests that the Xiaomi Mi 11 may go on sale in China on January 1. A tipster on Weibo has also separately suggested the key variants of the upcoming Mi-series phone, as reported by GizChina.

The tipster claimed that the Xiaomi Mi 11 would come in two configurations: 8GB RAM + 128GB storage and 12GB RAM + 256GB storage. While the top-end variant is said to have Blue and Cigarette Purple colour options, the base 8GB RAM model could come in a single, Smoke Purple shade. The phone is also said to have a Special Edition in White colour option. Further, there could be a special leather-wrapped edition that may feature a vegan faux-leather covering at the back.

Xiaomi is likely to launch the Mi 11 Pro alongside the regular Mi 11. The former could come with a bigger battery and a superior camera over the latter.

The Xiaomi Mi 11 launch is set for December 28. In the meantime, some new rumours suggesting other aspects of the new smartphones are likely to emerge on the Web.