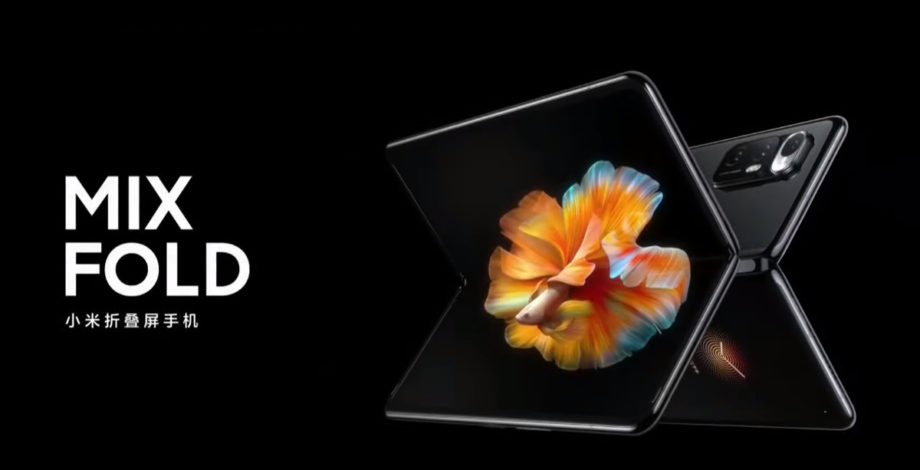 We’ve seen loads of rumors and leaks pointing to the imminent arrival of Xiaomi’s first commercially available foldable phone, and the company has finally shown off the device during a live-streamed event.

The new foldable phone is dubbed the Mi Mix Fold and adopts a Samsung Galaxy Fold-style in-folding design. That means you’ve got a 8.01-inch OLED main screen (2,480 x 1,860, 60Hz, HDR10+, Dolby Vision) when folded out, as well as a smartphone-sized 6.52-inch 90Hz OLED display (2,520 x 840, HDR10+) on the outside when the device is folded (complete with punch-hole cutout). Xiaomi also claims the phone screen can be folded one million times.

Xiaomi’s new foldable sports a Snapdragon 888 SoC, 67W charging, as well as a 5,020mAh battery (featuring two 2,460mAh and 2,560mAh batteries). The latter makes it the biggest battery in a foldable phone to date. The 67W charging speeds will top up the battery in 37 minutes, the Chinese brand claimed. In terms of photography credentials, the new phone sports a 108MP main camera (Samsung HM2), a 13MP ultra-wide camera, and an 8MP lens. The latter uses liquid lens technology for the first time in a major phone, enabling it to offer 3X telephoto capabilities (and 30X digital zoom) as well as macro shots. It doesn’t seem like the Mi Mix Fold offers a selfie camera on the main screen, but the punch-hole cutout on the smartphone display delivers a 20MP shooter. The Chinese brand is also offering a PC mode accessible with a three finger swipe (seen above), delivering a desktop-style UI and multiple windowed apps. It’s unclear if this feature will work with external screens as we’ve seen with Samsung’s Dex mode.

Other features include quad stereo speakers, Gorilla Glass 5 on the back, and a side fingerprint scanner. Oddly enough, the foldable is equipped with MIUI atop Android 10 rather than Android 11.

Company representatives previously suggested that the Mi Mix Fold was for the Chinese market, but we’ve asked whether the foldable will be coming to global markets later in 2021. We’ll update the article if/when Xiaomi gets back to us.