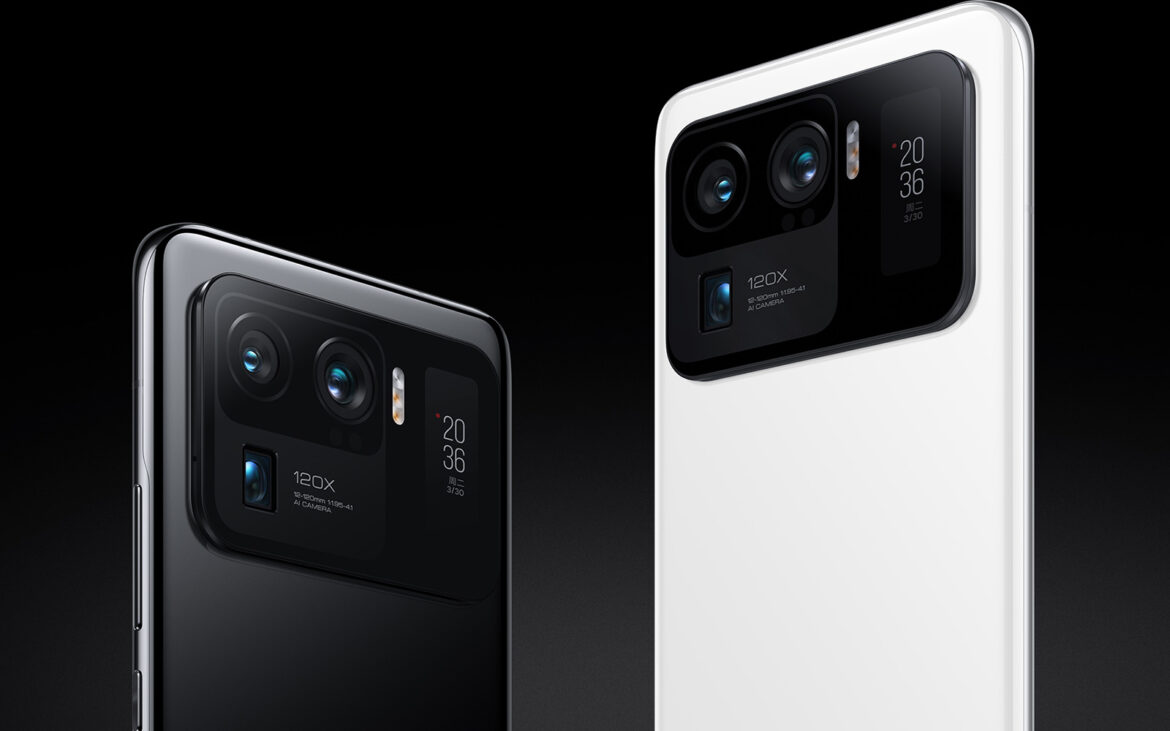 Following the Mi 11 which introduced the Snapdragon 888 flagship processor to the market, Xiaomi is now back with a beefed up model to offer more photography fun. The new Mi 11 Ultra is the first smartphone to utilize Samsung’s more powerful ISOCELL GN2 sensor for its main camera, and to get the most out of it, the device packs a small screen next to the rear cameras for higher-quality selfies. Of course, we’ve already seen the latter implementation on the Meizu Pro 7, but needless to say, this is still a very rare — and potentially handy — feature.

The Ultra sports a similar “quad-curved” AMOLED screen to that on the regular model, offering the same 6.81-inch estate with a 3,200 x 1,440 resolution, along with a 120Hz refresh rate plus a 480Hz touch sampling rate. The only main difference is apparently the slightly higher peak brightness of 1,700 nits. You also get 1.07 billion color display, HDR10+ and Dolby Vision, as well as an under-display fingerprint reader plus a 20MP f/2.2 punch-hole selfie camera.

Things get a lot more interesting on the back. The camera island here is significantly larger than those on other phones, mainly because of the 1.1-inch AMOLED screen (126 x 294). This tiny screen serves as a mirror for taking better selfies using the main or ultra-wide camera, and it doubles as a notification screen or an always-on display when you leave the phone face down.

There are three cameras on this side of the phone. The main one is a 50-megapixel, f/1.95 shooter powered by the aforementioned GN2 1/1.12-inch sensor, which features massive 1.4um pixels (2.8um via pixel binning) for absorbing more light, as well as rapid “Dual Pixel Pro” autofocus. The ultra-wide/macro camera and telephoto periscope both use a 48-megapixel Sony IMX586 1/2.0-inch sensor, with the former capable of a 128-degree field of view, and the latter supporting 5x optical zoom, 10x hybrid zoom and 120x digital zoom.

If you want to, you can shoot videos at up to 8K on all three rear cameras. You also have the option to preview all three cameras at the same time and pick whichever suits you the best. But the most interesting feature here is a dual-phone recording mode, which lets you shoot one video with two Ultras at the same time, with one serving as the master device and other a secondary device linked wirelessly. That said, chances are most consumers won’t be needing this over-the-top feature.

The rest of the Mi 11 Ultra is very much what you’d expect on a flagship phone. In addition to the Snapdragon 888 processor, there’s up to 12GB of RAM and up to 512GB of storage, along with a denser 5,000mAh silicon oxide anode battery and 67W fast charging — both wired and wireless. (This also supports 10W reverse charging.) Much like the Mi 11, you get Harman Kardon-tuned stereo speakers, an X-axis linear vibration motor, infrared port (for remote control features), NFC, dual-SIM dual-5G standby and more. All of these are tucked into a 8.38mm-thick ceramic body (in black or white), hence the bulky 234g weight.

For those who are used to importing exotic phones from China, the Mi 11 Ultra starts from 5,999 yuan or about US$910 (8GB RAM with 256GB storage) and is capped at 6,999 yuan or about $1,070 (12GB RAM with 512GB storage). There’s also a special marble edition — pictured above — with the same spec and price as the top model. We’ll update this article when we hear about international availability, so stay tuned.

It’s been an interesting year for Xiaomi so far. According to Counterpoint, the company had the third largest market share in China back in January, tying with Huawei and Apple. Xiaomi also avoided a ban in the US, where the government had previously accused it of being backed by the Chinese military. Hopefully, the brand can now focus on churning out more interesting tech like remote wireless charging, retractable lenses and maybe even electric cars.