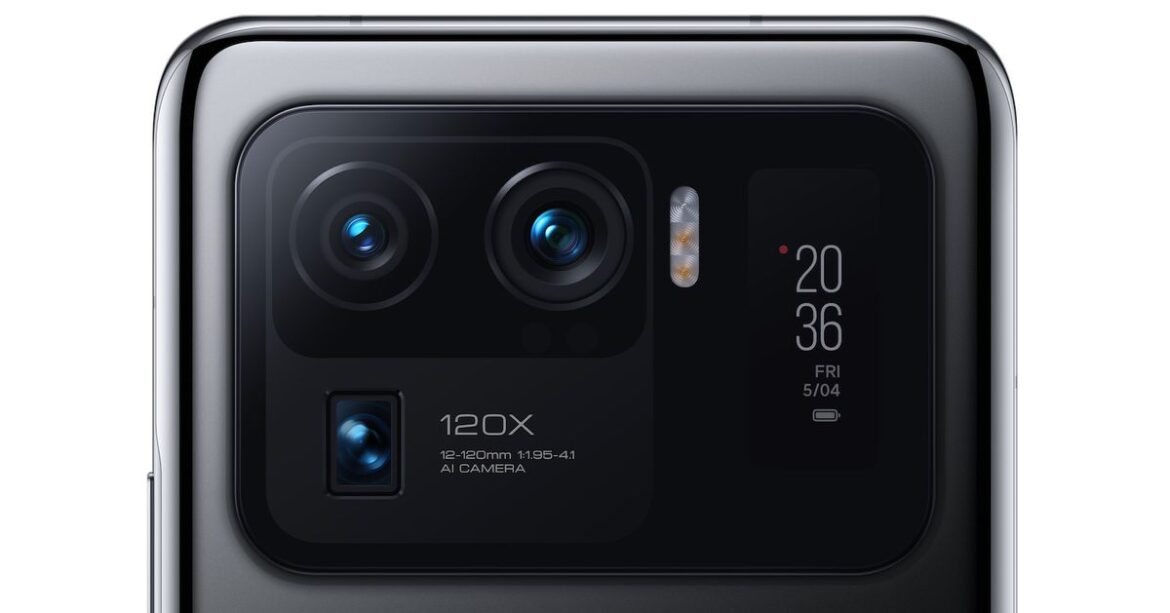 Xiaomi has announced its latest flagship, the Mi 11 Ultra. It’s based on the excellent new Mi 11, but has a more advanced camera system — including a second screen housed inside the camera bump.

The camera bump dominates the top portion of the Mi 11 Ultra, and its secondary screen is the reason why. It’s a 1.1-inch 126 x 294 OLED display with a peak brightness of 450 nits and a power-saving mode. Xiaomi says it can be used as a selfie viewfinder, an always-on display, or a way to check notification alerts when the phone is face-down.

The specs are otherwise similar to the regular Mi 11. There’s a 6.8-inch 120Hz 1440p OLED display, a Qualcomm Snapdragon 888 processor, 12GB of RAM, and 256GB of storage. The battery has been boosted to 5,000mAh and is now capable of being fast-charged at 67W both wirelessly and with a cable.

Xiaomi is also launching a cut-down version of the Mi 11 called the Mi 11 Lite 5G. It looks similar to the regular Mi 11 but it’s more of a mid-range device. It’s the first phone to launch with the new Snapdragon 780 processor that Qualcomm announced last week, for example. The emphasis is on its slim and light design — it’s just 6.81mm thick.

Elsewhere you’ll find a 6.55-inch 1080p 90Hz OLED display, which is smaller, slower, and lower-resolution than that of the Mi 11. The triple-camera system includes a 64-megapixel primary sensor, an 8-megapixel ultrawide, and a 5-megapixel macro. The battery is also a little smaller at 4,250mAh, though you do at least get a headphone jack with the Mi 11 Lite, unlike the Mi 11.

Xiaomi hasn’t provided pricing or release details for the Mi 11 Ultra and the Mi 11 Lite just yet — stay tuned.