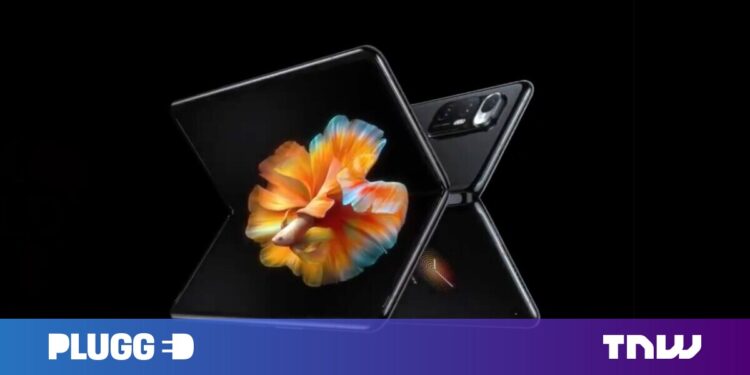 The device packs an 8.01-inch WQHD+ AMOLED screen with Dolby Vision Support. When it’s folded up, you can continue using it through a 6.52-inch flexible AMOLED screen. However, its resolution is weird 2520 x 840. Not having a full HD screen on the front is slightly disappointed.

To handle folding and unfolding, Xiaomi says it has specially crafted a hinge and tested it 1 million times.

We inserted a beautifully crafted hinge as the backbone of the device, giving #MiMIXFOLD the ability to unfold epic moments. #XiaomiMegaLaunch pic.twitter.com/MPaTIJ4dwt

The Mi Mix fold has a 108-megapixel primary camera, a liquid lens telephoto sensor, and an ultrawide sensor. All of this is powered by Xiaomi’s own Surge C1 ISP — the company’s first chip after four years.

It also has four surround sound speakers powered by Harman Kardon. This should make an exciting addition to watching movies.