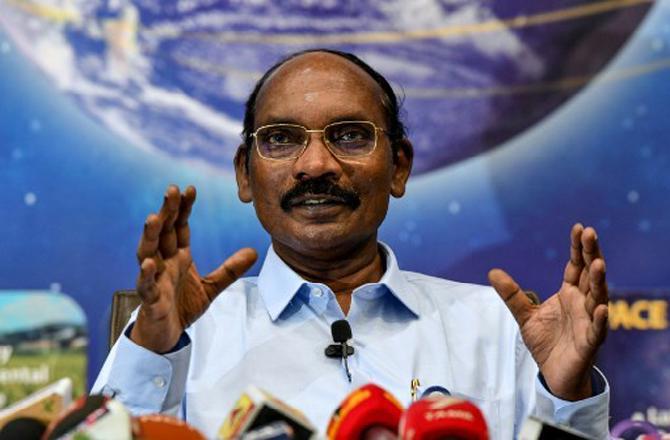 Even though the year 2020 would be known as Covid-19 year, it could also be termed as the defining year for the Indian space sector to put it in a different orbit with the private sector as a co-traveller of the Indian Space Research Organisation (ISRO).

As a part of that, the Department of Space (DoS) recently signed an agreement with Chennai based small rocket company Agnikul Cosmos Pvt Ltd to access the facilities and technical expertise available in ISRO centres.

According to DoS, this is the first of its kind agreement to be signed after the establishment of Indian National Space Promotion and Authorisation Centre (IN-SPACe), the authorisation and regulatory body for enabling private players to undertake space activities in India.

Under the agreement, Agnikul Cosmos will be provided access to the facilities and technical expertise available in ISRO centers to proceed with their launch vehicle/rocket development programme.

Pixxel plans to have its Firefly constellation consisting of 30 small earth observation satellites by the end of 2022.

The DoS Secretary and ISRO Chairman K. Sivan said a policy for launch vehicles and rockets, space exploration and also a comprehensive Space Act will also be announced.

In effect, after insipid first half, the year 2020 turned a bit interesting after the Central government decided to open up the sector for private players.

Sivan also said that India will embark on its third moon mission — ‘Chandrayaan-3’ — and attempt to land a lander on the lunar surface sometime in 2020-21.

The year began well for ISRO with the launch of the 3,357 kg communication satellite GSAT-30 by the European space agency Arianespace rocket Ariane 5 on January 17.

ISRO also showcased its robot/half-humanoid — Vyommitra — which was part of its human space mission programme ‘Gaganyaan’.

The first setback of the year for ISRO came on March 4, when it had to call off the launch of GISAT-1, a day before its actual launch, owing to technical reasons.

The ISRO did not share any detail about the technical reasons, or the glitch, and its rectification since then. It is also not known when the satellite with a very good camera would be launched.

Then came the Covid-19 lockdown within and outside India that had its cascading impact on ISRO’s core plans like the realisation of SSLV, launch of GISAT-1, delay in the first test-flight of the rocket as part of Gaganyaan — India’s human space flight mission.

On May 16, Union Finance Minister Nirmala Sitharaman announced that the Indian private sector will be a co-traveller in India’s space-sector journey and a level-playing field will be provided for them in satellites, launches, and space-based services.

She also said that a predictable policy and regulatory environment will be provided to the private players.

The future projects for planetary exploration, outer space travel and others are to be opened up for the private sector, and there will be a liberal geo-spatial data policy for providing remote-sensing data to tech-entrepreneurs subject to various checks.

On June 24, the Union Cabinet decided to set up IN-SPACe, making ISRO to focus on research and development (R&D) of new technologies, exploration missions, and human spaceflight programme.

The IN-SPACe would provide a level playing field for private companies to use Indian space infrastructure.

“The best is to establish an independent regulator — Space Regulatory Authority of India (SRAI) — which will create a level-playing field for many of the emerging players,” Narayan Prasad, Chief Operating Officer, satsearch, told IANS.

Establishing an independent regulator could allow a systematic review and reforms on a continuous basis rather than one-off announcements, Prasad said.

As per current scheme of things, IN-SPACe will have its own directorates for technical, legal, safety and security, monitoring as well as activities promotion for assessing the private sector’s needs and coordination of the activities.

IN-SPACe would have a board and representatives from industry, academia and the government, Sivan said.

“Initially, IN-SPACe will be manned by people from the existing space setup. Later, people from outside will be taken in. It will have its funds from the budgetary allocations for the DoS. The new body may not need big financial allocations,” Sivan remarked.

With this launch, ISRO put into orbit a total of 328 foreign satellites, all for a fee.

While that was the last space mission for India in 2020, Sivan told IANS that the first quarter of 2021 will see Indian space agency’s cash till ringing with the commercial launch of Brazilian satellite Amazonia as well as three Indian satellites.

“End of February or early March 2021, we will be sending our rocket Polar Satellite Launch Vehicle-C51 (PSLV-C51). The primary payload will be the Brazilian satellite called Amazonia an earth observation satellite,” Sivan said.

“The PSLV-C51 mission will be a very special mission not only for ISRO but also for India as the rocket will be carrying the earth observation satellite Anand made by an Indian startup called Pixxel (Incorporated as Syzygy Space Technologies Pvt Ltd),” he added.

The other Indian satellites that are ready for launch are GISAT and Microsat-2A.