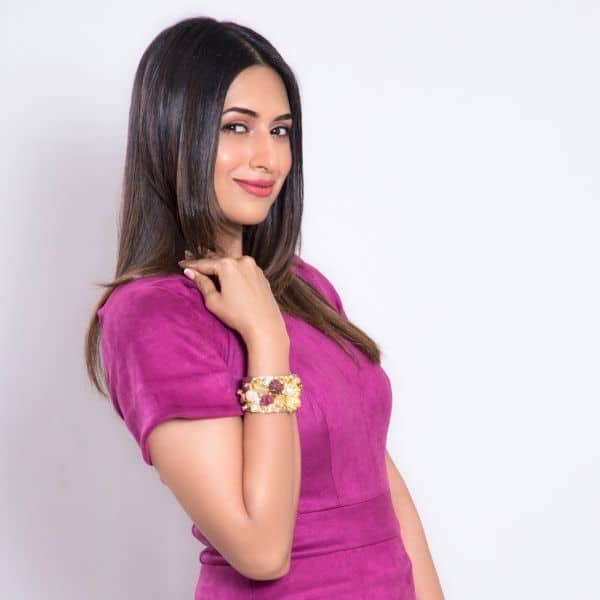 Divyanka Tripathi may have become household in the television space thanks to her work in fiction as well as reality shows such as Banoo Main Teri Dulhann, Yeh Hai Mohabbatein, Nach Baliye and The Voice. But it was not a cakewalk for Divyanka when she had set her foot in the industry. She has claimed that she was almost tortured at the beginning of her career. Also Read – Ladies, let Jennifer Winget, Hina Khan, Rashami Desai and 7 other television beauties tell you how to style whites

“There have been ups and downs. There was the beginning phase when I was like almost tortured (laughs). But when I think of it today, I am thankful. Every bit of pressure that I got, every bit of frustration that I went through, has shaped me up today. Only when you will embrace your past experience, you will feel powerful. You feel that you deserve to be in the place where you are today. Apne saare experiences, acche ya bure, unhe sanjoh kar rakho. Those are little gems that make your life beautiful,” Divyanka told Times Now in an interview. Also Read – Yeh Hai Mohabbatein actor Vivek Dahiya on family planning with Divyanka Tripathi: We need some more time

Earlier, Divyanka had revealed that there was a time when she was desperately looking for work, and even though she got an opportunity she didn’t take it up. She had said that years ago, an incident happened on the set of her new TV show which she quit to avoid a traumatic experience. Also Read – Divyanka Tripathi REVEALS despite having no work she quit a TV show to avoid a traumatic experience

“I knew that I wanted to do good work, but not at the cost of my dignity. In fact, I left a show. I won’t name the person, producer or the channel. I had signed a show, and the maker made a pass at me. He was very indecent. I left the show because of that. I knew that it would be a traumatic experience for me because any daily soap continues for a certain number of months or years, and I couldn’t see myself in that kind of a situation,” she shared.

After her debut, she played the lead role in Banoo Main Teri Dulhann, which ran from 2006 to 2009. Later, she appeared as a guest or contestant in several shows, including Comedy Circus. Then, Divyanka took up the lead role of Dr. Ishita Bhalla in the long-running show Yeh Hai Mohabbatein, which aired from 2013 to 2019. She also starred in the 2019 web show Coldd Lassi Aur Chicken Masala. She recently hosted a special series, Crime Patrol Satark: Women Against Crime.