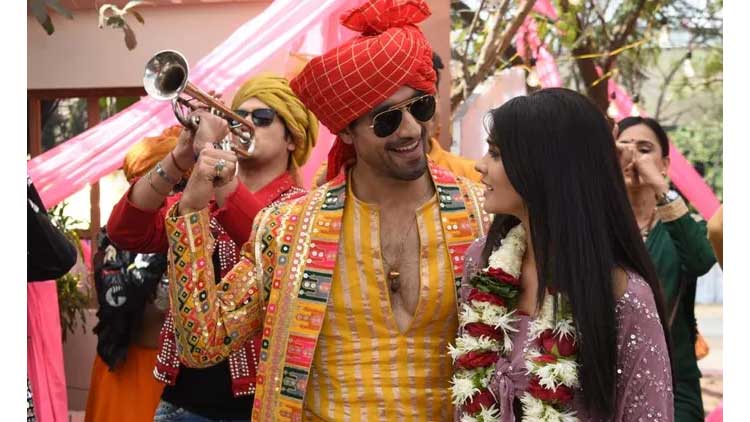 In 26th March 2022 episode, Abhimanyu walks upto Akshara’s room where he sees that Akshara is crying. Abhimanyu tries to console her. Abhimanyu says he didn’t informed her that he is having allergy with sweet potatoes and it was his bad. Akshara questions Abhimanyu for consuming the sweet potato so that she don’t feel bad. She says if anything would have happened to him. Abhimanyu consoles her and says that nothing has happened and both hug each other.

Goenkas gets dresses up for the engagement. Reem inform Goenkas that she has arranged projector so that Manjiri can also be the part of the ceremony too. Aarohi is worried if her truth will be out. She feel relieved that nothing has happened to Manjiri. Birlas join Goenkas. Mahima says it is weird without Manjiri they are celebrating.

Suhasini asks Mahima not to repeat the same thing as Manjiri herself wanted the ceremony happening at the discussed date. Kairav asks Suhasini and Mahima to not spoil the day for Abhimanyu and Akshara. Akshara says without Manjiri their function will be incomplete. Abhimanyu cheers up Akshara. In the meantime, Suhasini asks Kairav about the ring. Kairav informs it is with the Vansh as he went it to take from the shop. There, Vansh loses the ring.

Akshara Abhimanyu meet Manjiri. Manjiri bless the couple. She pray to god to do something so that Abhimanyu Akshara don’t miss her. Aarohi decide to hide the car so that no one can learn about the accident. Anupama, Anuj visit Udaipur. Later, Anupama bumps into Akshara they recall their first meeting with each other. Abhimanyu asks Akshara to introduce him too Anupama. Anupama gets happy to meet both of them. Goenkas and Birlas learn about Anupama and welcomes her. Abhimanyu and Akshara invite Anupama and Anuj to their ceremony and wedding.