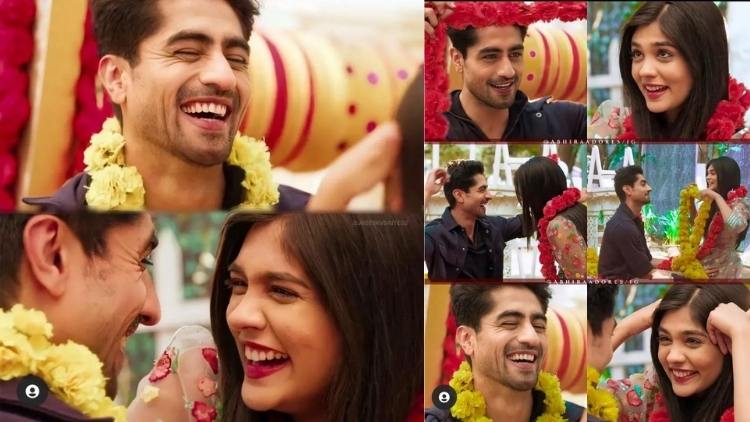 The 29th January 2022 Episode starts with Akshara calling Abhimanyu but Manish sees and passes by her. Akshara runs behind Manish and stops him, falling to his feet. Manish asks her to leave him alone and give him some time to make a decision regarding this matter and Manish leaves. Aarohi says to Akshara that this time she won’t let Akshara succeed. Anand and Manish discuss about the Makar Sankranti event at Shekhawat’s house. Manish says to Anand that they need to step in the society with the same attitude again and need to rebuild all the public figures that have been damaged and asks him to increase the charity. Mahima sees Abhimanyu coming and stops Manish and Anand to tell them not to discuss all these things in front of Abhimanyu because he does not like all this stuff.

Manjiri signs Abhimanyu to ask about Akshara’s call and Abhimanyu signs no, don’t worry, I will call her. Akshara picks her phone and dials Abhimanyu’s number. Abhimanyu starts watering the plants. Akshara calls Abhimanyu and at the same time Abhimanyu takes the phone and answers. Akshara says nothing and only cries.Abhimanyu understands that she is not in that condition to talk with him. Abhimanyu says to Akshara that you said you will call me and you did, you can end the call now. Abhimanyu recalls Aarohi’s words and leaves from his house to meet Kairav. Aarohi comes to Akshara and starts arguing with her.

Kairav sees Abhimanyu and comes to meet him and asks him what he wanted to ask that he couldn’t ask on the phone. Abhimanyu said to Kairav that why Aarohi always blames Akshara for her mother’s death. To which Kairav replied that he cannot say all these things to outsiders and Abhimanyu convinces Kairav that he is also part of the Goenka’s family. To which Kairav tells all the truth to Abhimanyu and says to him that Akshara has always done good for Aarohi but Aarohi doesn’t understand that. Later Kairav asks Abhimanyu to leave because if someone sees them then there will be a huge problem to which Abhimanyu agrees and starts leaving from there.

What will happen in the future episode?

In future episodes it is possible that the Birla’s and the Goenka’s will meet each other at the Makar Sankranti festival which is organized at Shekhawat’s house.