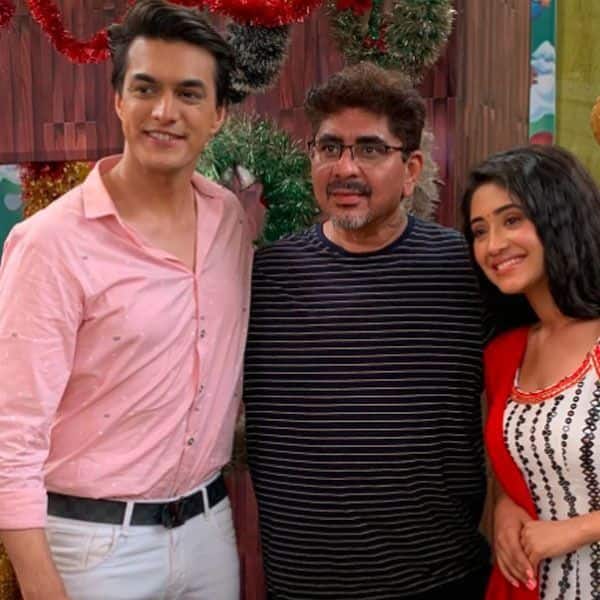 Yeh Rishta Kya Kehlata Hai is television’s longest running show. It has a massive fan following and fans are crazy about Kartik and Naira. Mohsin Khan and Shivangi Joshi have been the most loved pairs in the television industry. The latest promo of the show has been shocking as it shows Naira’s death in the show. Fans have been disappointed as they do not want to see Shivangi and Mohsin aka Naira and Kartik’s separation. For the particular track, the team has been shooting in some different location and they have hinted at some major twist in the show. Producer Rajan Shahi has now opened up about the new phase in Yeh Rishta Kya Kehlata Hai. In an interview with IWMBuzz, he said, “Yeh Rishta Kya Kehlata Hai is a show that is soon to complete 3300 episodes. It has survived and stood the test of time. For me, I have always said that Shivangi and Mohsin are the best Jodi in the television industry in India. I am extremely proud of both of them. They have worked really hard. Yes, every show does get into a time where you have to come out of the comfort zone.” Also Read – #BLBestof2020: Yeh Rishtey Hain Pyaar Ke, Naagin 5, Taarak Mehta Ka Ooltah Chashmah — which is the Best TV Show of the year? — vote now

“There has been a huge reaction to the promo that has been launched. A lot of things will change. But it is a bit premature to talk about the kind of changes the show will see. The next few episodes will lead to a huge scenario. The next two weeks will redefine the entire show not only in terms of the casting but also in the kind of story we are going to say,” he added. He was also asked about the hints of the upcoming story. He said, “Well, we have been extremely tight-lipped about the entire process. As you know, a lot of things are being evolved now. I have been meeting both Mohsin and Shivangi on a daily basis. They are also stakeholders of the show. We have considered the reactions coming in too. We have been talking to the writers and creative team. As of now, no final decision has been taken. But yes, we will decide as per the full endorsement of Mohsin and Shivangi. We know the brand that Kaira has created. There are so many beautiful memories of Kaira. Every year, the two of them have been winning the Best Jodi Award. I rate them as the best Jodi in Indian Television. Also, I rate Mohsin and Shivangi as the best individuals to work with. So it is not only the professional bond, we bond quite well personally too. So the entire team goes through the impact of whatever is happening.” Also Read – Yeh Rishta Kya Kehlata Hai: Shivangi Joshi, Mohsin Khan and others shoot at a new location for the upcoming episodes

“When the decision will be made, there will be a huge emotional impact it will have on all the actors and the team. The entire news has created an impact on them. Shivangi has even broken down a couple of times. So let’s see what is in store. All I can say is that we have to reinvent ourselves to keep the audience engaged. 2020 is ending with mixed emotions for me. Anupamaa has been the number one show. There is a huge critical appreciation coming for Anupamaa. On the other hand, we are going through the most defining decisions for Yeh Rishta Kya Kehlaya Hai. 2021 will come with huge expectations. There will be a huge shake over in the show which will change the entire dynamics. After Akshara’s exit, this will be the next big change in Yeh Rishta Kya Kehlata Hai, “the producer said. Also Read – Yeh Rishta Kya Kehlata Hai, Gauahar Khan, Neha Kakkar – here are the TV Newsmakers of the week