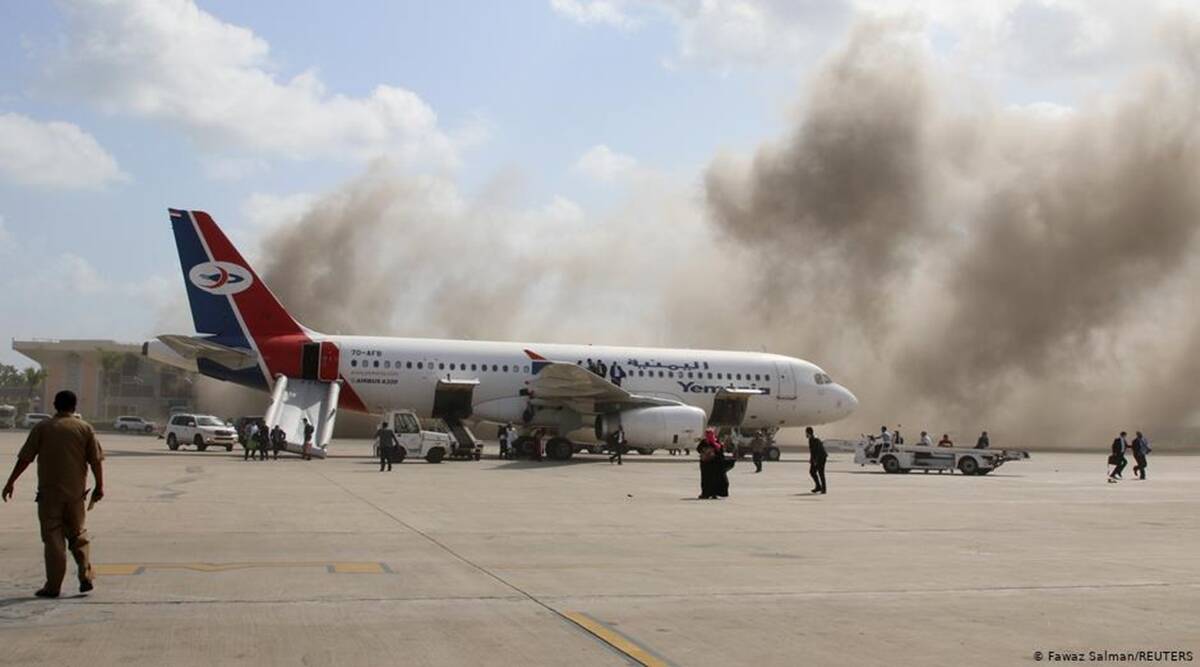 At least five people have been killed and dozens more were wounded in an attack on Aden airport, reported news agency Reuters.

Loud blasts and gunfire were heard at the airport shortly after the plane arrived, witnesses said.

The cabinet members were transferred safely to the city’s presidential palace, witnesses and Saudi media said.

Those transferred to safety included Prime Minister Maeen Abdulmalik, as well as Saudi Ambassador to Yemen Mohammed Said al-Jaber, according to reports in Saudi media.

The cause of the explosion was not immediately known.

What is happening in Yemen?

Yemen’s internationally-recognized government and southern separatists formed a new power-sharing cabinet on December 18. They arrived in Aden days after being sworn in Saudi Arabia.

The government of President Abed Rabbo Mansour Hadi, based in the southern port of Aden, and the separatists are allies within a Saudi-backed coalition.

The coalition is at war against the Iran-aligned Houthis, who have controlled the northern capital Sanaa since 2014.

However, the separatist Southern Transitional Council (STC) declared self rule in Aden earlier this year. Since then, the two sides have been fighting in the south, complicating efforts to forge a permanent ceasefire in the overall conflict.

The formation of the new 24-member cabinet, which was sworn in on Saturday by President Hadi, forges a joint front against the Iran-backed insurgents.