Home Sports Yes, that was a Space Force flag

Yes, that was a Space Force flag 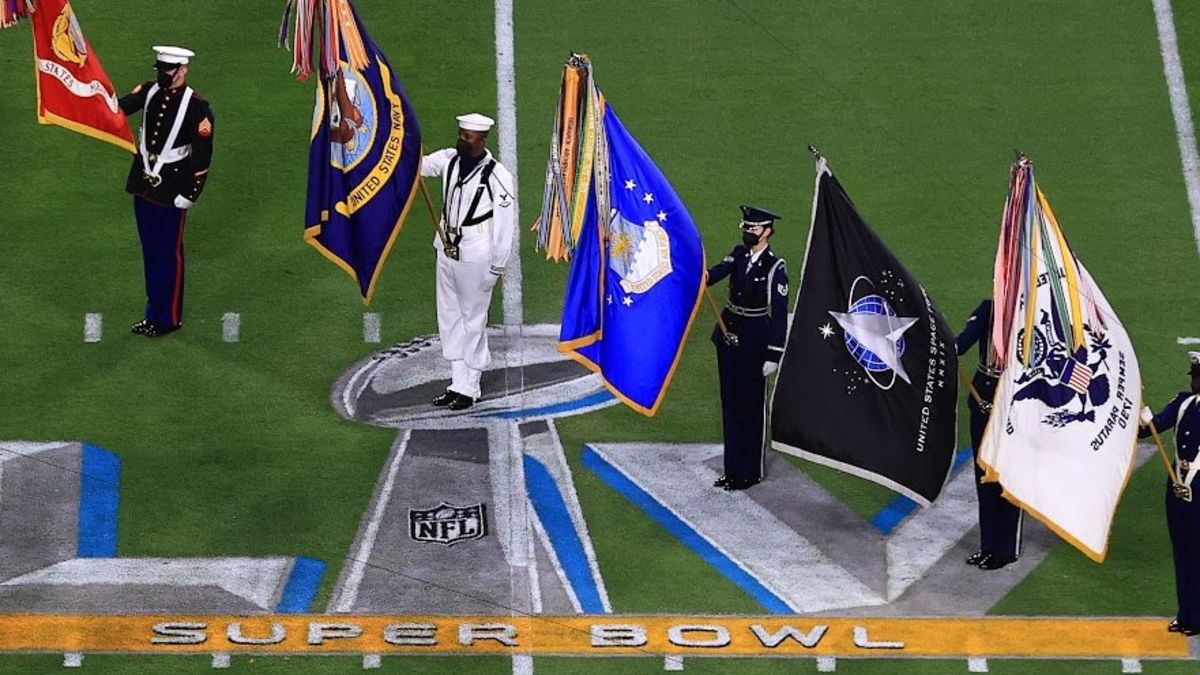 Beam me up, Scotty Miller.

Your eyes didn’t fool you, that was a Space Force flag you saw during the Super Bowl national anthem.

Also shout out to Warren Snipe in the background there. He crushed the sign language version on The Star Spangled Banner.

Anyway, if you haven’t heard, Space Force is an actual thing we have in this actual country. Space Force is a branch of the U.S. armed forces, and it was created under the previous administration for who knows what reason. I’m not going to pretend to know anything about the organization. Maybe our leaders are planning to invade another galaxy far, far away? Just a guess. Endless wars never end, folks.

What I’m really concerned about is when I looked at the Space Force flag during the pregame ceremony, all I saw was a knock off of the Starfleet command logo. I mean, just look at these two images… it has to be a joke, right?

Apparently not. Last week, Biden’s new press secretary, Jen Psaki, sarcastically responded to a question about Space Force. Naturally, some conservatives in Congress and in the media were outraged.

Space Force may sound really stupid, but the Biden administration has no plans to disband the service.

Maybe if football exists in 45 years, we can have Super Bowl 100 on the moon. That’ll be a great use of taxpayer money!