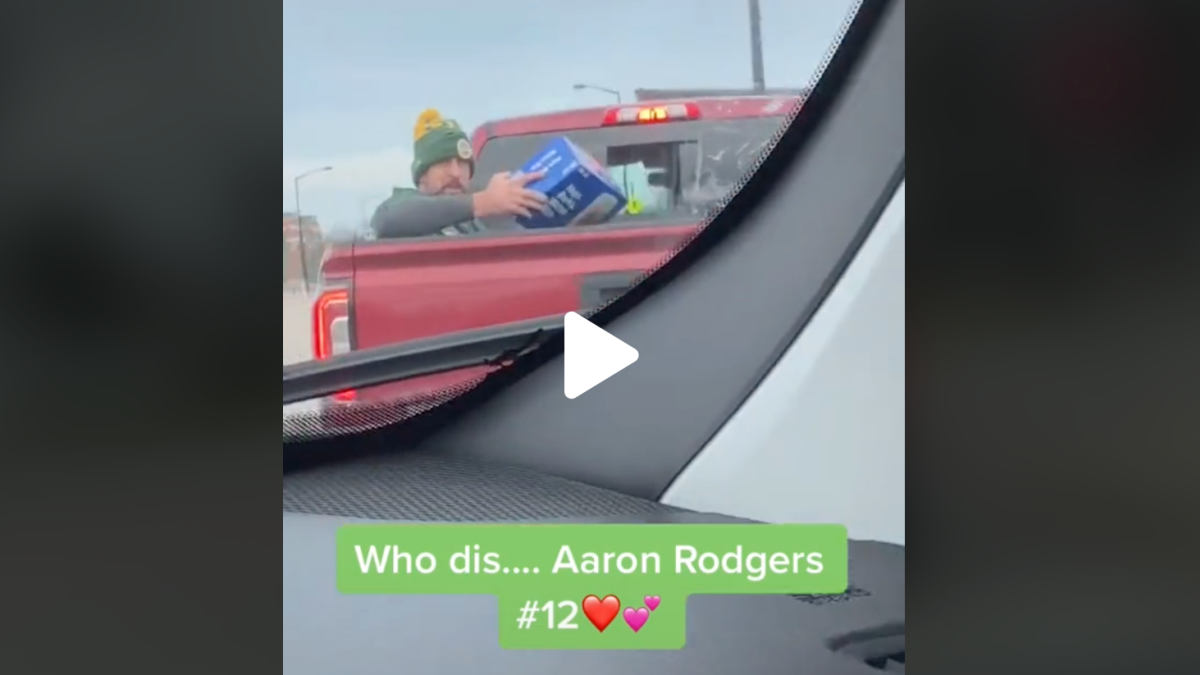 Tell me again that you think Aaron Rodgers is leaving Green Bay, and I’ll show you the picture of him in the bed of offensive tackle David Bakhtiari’s truck with a case of beer sporting Packers swag outside Lambeau Field in the most “IDGAF what you think” moment I have ever seen.

For the skeptics out there, Aaron Rodgers confirmed that it was him.

After losing to Tom Brady at home in the NFC Championship game, there was a lot of speculation around Aaron Rodgers’ future. He said the week prior that his future was a beautiful mystery, and cast doubt on the futures of himself and the rest of his roster in his postgame interview. A few days later on the Pat McAfee show, Rodgers cleared the air and made it apparent to everyone that he was simply commenting on the fact that there are no certainties in the NFL.

Rodgers clearly is doing what he needs to do to process and decompress after yet another postseason disappointment for the all-time great. After some very deep and well researched investigation, I can confirm that the box appears to be Bud Light. I guess it doesn’t matter how much money you make – sometimes you just want a case of Bud Light in the back of a pickup.

Can’t exactly see Rodgers rolling down Lombard Street in San Francisco in a similar fashion, can you?