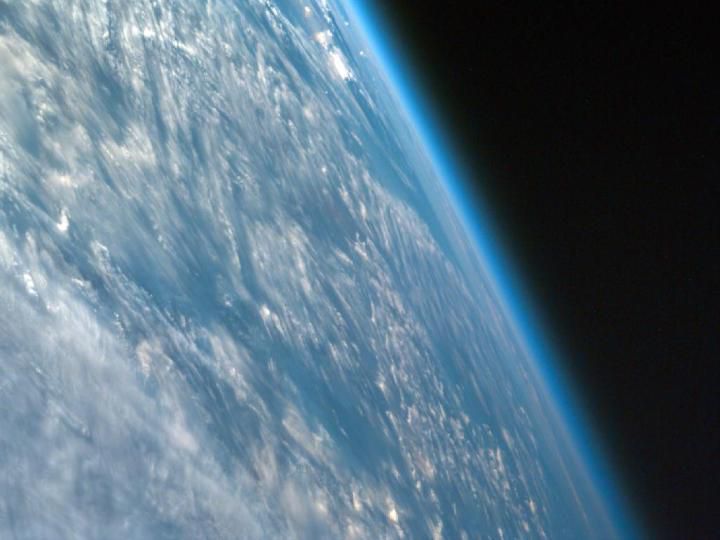 While much of the attention last week was on space lasers, something else caught my eye. Do you remember the Wisconsin pharmacist who destroyed over 500 doses of critical COVID-19 vaccines? According to the Washington Post, this pharmacist also believes the Earth is flat. Unfortunately, other people do too even as that has been debunked repeatedly. There was something tucked away in the same article that triggered one of the biggest eye rolls of 2020 for me. Andrea Salcedo wrote, “In another interview with authorities, Sticker said Brandenburg sent her text messages promoting false beliefs he supported, including that the sky was not really the sky but a ‘shield put up by the government to prevent individuals from seeing God,’ court records show.” I never envisioned writing this, but let’s discuss why the key sky is real.

When defining something, I usually like to start with the dictionary. Merriam-Webster Online dictionary defines the sky as, “the upper atmosphere or expanse of space that constitutes an apparent great vault or arch over the Earth.” The first definition at Dictionary.com says the sky is, “the region of the clouds or the upper air; the upper atmosphere of the Earth.” We look up at the sky all of the time but honestly may never think about its actual definition.

As an atmospheric sciences professor, I often ask students, “How high is the sky?” This question gives me an opportunity to explain the atmosphere of the planet and its transition to space. If we operate from this perspective, the thickness of Earth’s atmosphere varies from about 60 to 6000 miles, depending on how you frame the answer (see discussion below). In the picture above, the thin blue layer is seems like the skin of an onion compared to the planet beneath it, which has a diameter of approximately 8000 miles.

Weather, the ozone layer, and many other interesting things are found within this relatively thin layer. According to NASA’s website, the atmosphere is broken into 6 distinct layers (graphic above):

My discussion of the sky has been rather “Earth atmosphere-centric” given the aforementioned definitions. However, it is worth mentioning that other perspectives are possible. According to q-files.com, their answer to “How high is the sky?” might be framed from the perspective of a broader context. The website points out, “Yet another answer is the distance of the stars we can see in the night sky.” Many of these objects are measured in terms of light years.

In a world of wacky conspiracy theories, the science assures us that the sky is real even as how we define its upper boundary may vary.