Home News You Can’t Drive In Peru Or Dance In Lebanon: Global List Of Dos And Don’ts This Christmas

You Can’t Drive In Peru Or Dance In Lebanon: Global List Of Dos And Don’ts This Christmas 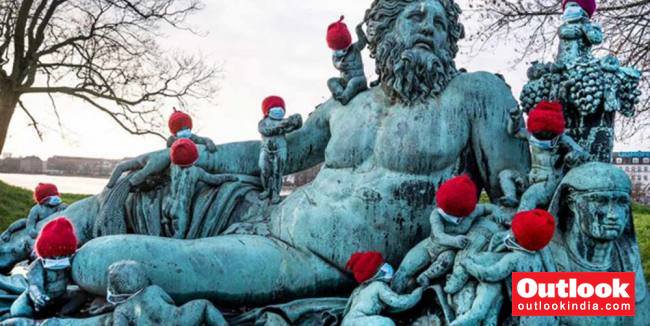 In Peru, you can’t drive your car on Christmas. In Lebanon, you can go to a nightclub, but you can’t dance. In South Africa, roadblocks instead of beach parties will mark this year’s festive season.

How many people can you share a Christmas meal with?

France recommends no more than six, in Chile it’s 15, and in Brazil it’s as many as you want. Meanwhile, Italy’s mind-boggling, color-coded holiday virus rules will change almost every day for the next two weeks.

Countries around the world are trying to find the right formulas to keep their people safe during Christmas, especially as new virus variants prompt renewed travel bans and fuel resurgent infections, hospitalisations and deaths at the end of an already devastating year.
Here’s a look at some of the restrictions around the world for the holiday season:

It was meant to be a time when families across the UK could enjoy something like a normal Christmas despite the pandemic. Authorities planned to relax restrictions, allowing up to three households to mix in the days around December 25.

However, the emergence of a new, more contagious variant of the coronavirus changed that.
The four nations of the UK – England, Scotland, Wales and Northern Ireland – are all under various phases of shutdown and have ditched their Christmas plans. No indoor mixing of households is allowed in London and southeast England.

Instead of Christmas joy, a sense of dread and isolation is looming. Dozens of countries have limited flights from Britain, and daily new infections are running at record highs. Hospitals across the UK, which has Europe’s second-highest virus-related death toll at over 68,000, are heading towards full capacity at a time of year when other illnesses abound.

In Brazil, Christmas 2020 will be similar to celebrations conducted previously– even though the country has been among the world’s hardest-hit by the pandemic and new Covid-19 infections are now on track to match the peak of the first surge.

Many beaches and restaurants in Rio de Janeiro were jam packed last weekend, despite a city measure–forbidding drivers to park along the shore.

No national restrictions have been imposed ahead of Christmas, though the governor of São Paulo ordered that only essential services such as public transport, supermarkets and pharmacies will remain open during Christmas and New Year’s Eve.

South Africa is targeting beaches and booze as it imposes new restrictions for the Christmas season amid resurgent infections.

Alcohol can only be sold Monday through Thursday, and a night curfew is in place. Beaches — major tourist attractions this time of year — will be closed on Christmas Eve, Christmas Day and New Year’s Day.

The government is urging people to avoid crowded Christmas celebrations, but indoor gatherings of up to 100 people are still allowed; while up to 250 people can congregate outdoors.

Police are setting up roadblocks to slow a second surge of infections that authorities and scientists say is being fuelled by another variant of the virus, one distinct from the variant affecting England. Some countries are banning flights from South Africa, where the weekly infections and deaths have doubled over the past two weeks.

Unlike much of the world, Lebanon eased restrictions during the holidays, hoping to inject foreign currency into a tanking economy.

Tens of thousands of Lebanese expats have arrived home for the holidays, leading to fears of an inevitable surge in infections.

Last week, the Interior Ministry allowed nightclubs to reopen — but said dancing will be prohibited. That triggered a debate on social media about what constitutes dancing.