Twenty-one-year-old Tuhin Dey wrote the exams holding a pen in his mouth and operated his mobile phone and computer the same way, reports said 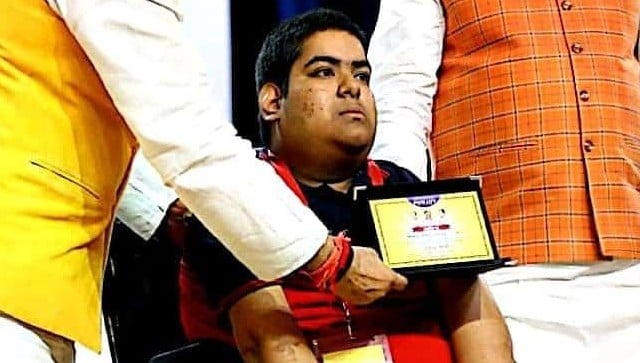 According to a report in The Indian Express, the youngster got admission in computer science engineering at the Indian Institute of Engineering Science and Technology (IIEST), Shibpur.

In an interaction with the publication, Tuhin revealed that self-study, hard work, methodological preparation tips from coaching centres, and consistent support from both teachers and parents are the reasons behind his success.

According to a report by Times Now, Tuhin hails from Midnapur in West Bengal and had gone to Kota three years back to prepare for the engineering entrance exam. The youngster is disabled since birth and has both his hands and legs paralysed.

The West Bengal State Government felicitated him with several awards and he was also the recipient of the Best Creative Child Award in 2012 and the Exceptional Achievement Award in 2013 by the Ministry of Human Resources. He was even honoured by Union Minister Ramesh Pokhriyal Nishank in 2018.

As per news agency PTI, Tuhin has undergone 20 surgeries and has had several plates inserted into his body to keep his bones straight. The youngster had cracked the JEE (Advanced) last year as well but failed to score the required marks in the Class 12 board examination.

In an interaction with the news agency, a senior official at IIEST said over the phone said that everyone at the institute is delighted with Tuhin taking admission there. The official added that it is for the first time that a student with 90 percent will be studying at the institute and that they are in the process of providing his family a lodging facility.