Youth disappointed; wishes for real issues to be addressed in elections 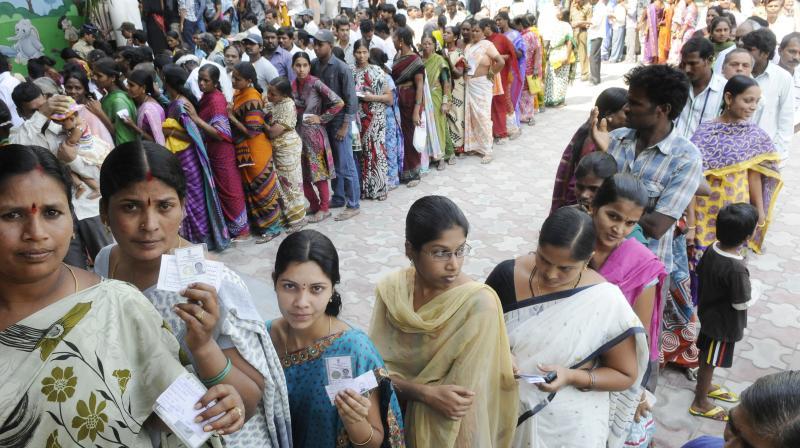 Hyderabad: Real work and not bogus promises, action on civic issues, unemployment, women’s safety and student issues are some of the concerns of the youth for the upcoming GHMC elections, that they say have instead gone unaddressed by the political parties in their campaign.

Ramya, a student said, “The political discourse has been disturbing for the most part. There’s always some argument or debate going on over unnecessary issues, rather than a proper discussion where problems of society are addressed. During the campaign, candidates and politicians have also violated physical distancing and other Covid-19 norms to score political brownie points.”

Several young female voters that Deccan Chronicle spoke to also pointed out that women safety issues were nowhere on the priority list for any political parties. “The State Women’s Commission is non-functional. The government has been failing the women ever since it came to power. All corporators in their respective wards need to be made accountable, but the issue for them is non-existent,” said a woman who wishes to remain anonymous.

Another voter from Allwyn Colony, Kukatpally, Gaurav Jain, said, “Currently all political parties are trying to bag votes in the name of religion and caste. Not a single leader has addressed issues of development, roads, infrastructure, employment opportunities, healthcare, education facilities . This time I would like to see them delivering results rather than delivering speeches.”

Suresh Reddy, a voter from Attapur believes that the promises made in the manifestoes of each party are far off from what is achievable at the level of corporators. “I think to score their points, manifestos have been made in a way that is not realistic. In that race, the real basic issues have already been neglected by the contesting candidates,” he said.