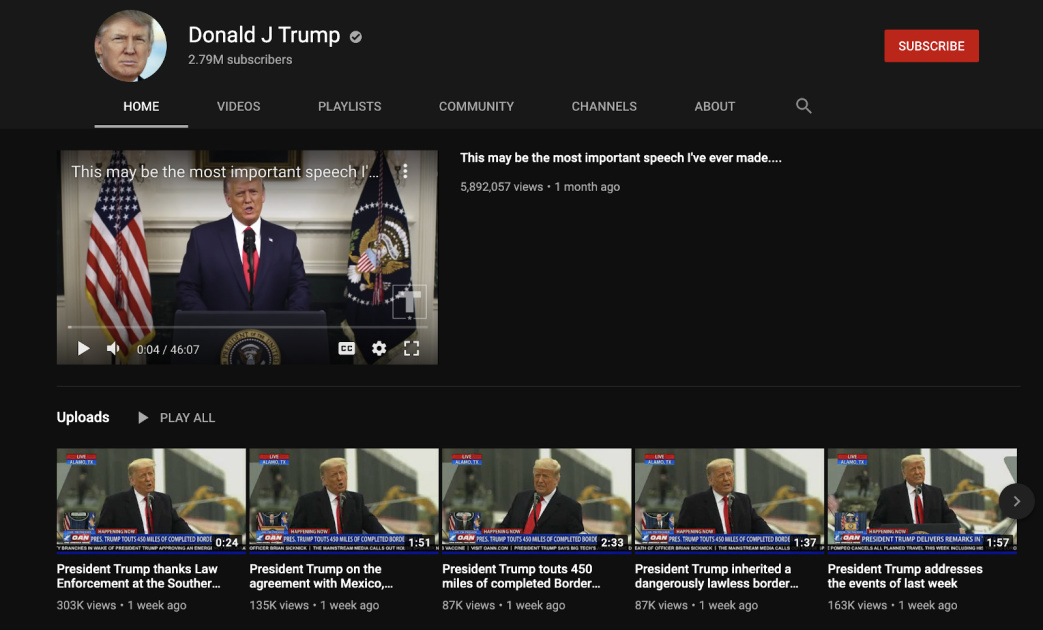 YouTube will continue blocking Donald Trump’s official channel from uploading new videos and livestreams for a minimum of seven more days. The Google—owned video platform told CNBC and Bloomberg that it extended the channel’s suspension “[i]n light of concerns about the ongoing potential for violence.” Further, “comments will continue to be indefinitely disabled under videos from the channel.”

The website originally blocked Trump from uploading new content on January 12th after removing a video wherein he called the Capitol rioters “very special.” At the time, it also cited concerns about ongoing potential for violence for serving the channel a strike, which equates to a ban on uploading anything new for a “minimum” of one week. Now, YouTube has decided to keep the channel frozen — but accessible — ahead of President-elect Joe Biden’s inauguration.