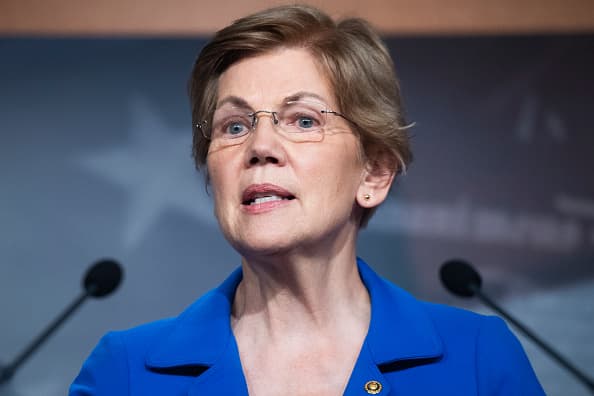 Sen. Elizabeth Warren lambasted the Securities and Exchange Commission on Thursday, blaming the regulator and its failure to act for a chaotic dayslong blitz of market speculation.

“We need an SEC that has clear rules about market manipulation and then has the backbone to get in and enforce those rules,” Warren said. “To have a healthy stock market, you’ve got to have a cop on the beat.”

“That should be the SEC,” she added. “They need to step up and do their job.”

The SEC did not immediately respond to CNBC’s request for comment.

The senator from Massachusetts joined CNBC after wild swings in a handful of stocks forced popular trading app Robinhood to restrict access to the high-flying stocks at the center of the controversy.

Warren, a longtime critic of Wall Street, spoke to CNBC’s “Closing Bell” as individual traders took to Reddit, Twitter and other social media platforms to protest Robinhood’s move to curb trading. But she made clear that she isn’t a big fan of Robinhood, either.

“Outfits like Robinhood that say, ‘We’re going to give you prizes to come join with us,'” but then force their customers to sign arbitration clauses “[don’t] create a healthy market, she said.

Those arbitration clauses, she said, protect Robinhood “if it turns out that [it] really did cheat you. It’ll never be made public, there will be very little that you can do about.”

The public outrage toward Robinhood came after the California-based brokerage announced earlier on Thursday that it would bar customers from buying additional shares of companies including GameStop and move theater operator AMC Entertainment. It still allows customers to sell those stocks from their current portfolio.

Investors on the irreverent WallStreetBets Reddit led an effort to “squeeze” short sellers to cover their bets in such stocks and, as a result, have sparked a frenzy of volatile trading in recent sessions. Many of those retail investors sparked the short squeeze through Robinhood’s popular trading app.

But Robinhood’s decision, which it says was motivated by “extraordinary volatility in the markets,” sparked criticism from both sides of the political aisle.

Rep. Ro Khanna, D-Calif., a progressive who represents Silicon Valley, called for “more regulation and equality” and questioned the fairness of preventing individuals from buying.

“While retail trading in some cases, like on Robinhood, blocked the purchasing of GameStop, hedge funds were still allowed to trade the stock,” Khanna said.

By buying GameStop or AMC equity or call options, retail investors have forced investors betting against the stock, known as short sellers and oftentimes hedge funds, to cover their positions by buying back shares in an effort prevent further losses.

When this occurs en masse, it can lead to a feedback cycle and a spike in a stock’s price.

'You've got to have a cop on the beat': Elizabeth Warren slams SEC over GameStop chaos