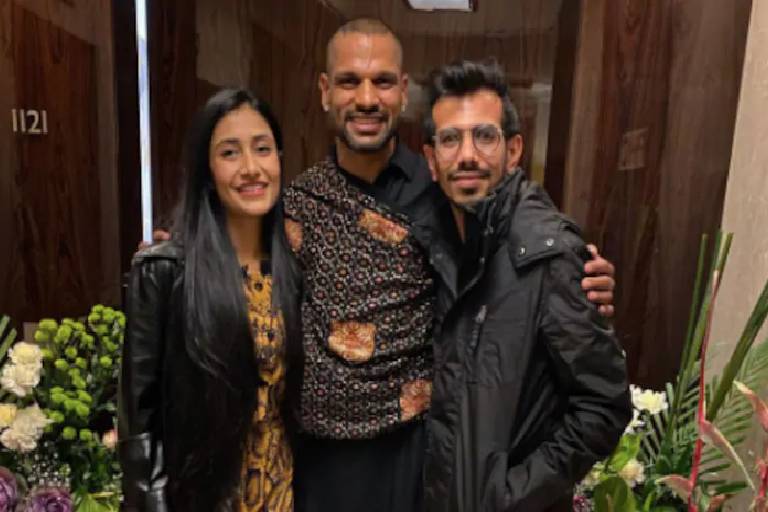 Leg-spinner Yuzvendra Chahal took to Instagram and shared a picture of him and his wife with Team India opener Shikhar Dhawan on Monday. The 30-year-old complimented his senior and called him “best host” and “great dost” in the post.

Chahal last played in a professional match on January 27 when he played for his state team Haryana against Baroda in a Syed Mushtaq Ali Trophy match.

Earlier, after returning back from the Australia tour, Yuzvendra Chahal also visited MS Dhoni and his wife Sakshi in UAE.

Yuzvendra Chahal was part of India’s limited-overs squad during the Australia tour and he played a crucial role in helping India win the T20I series. Chahal got the chance to play in the first T20I as a concussion substitute for Ravindra Jadeja and ended up as the Man of the Match in the match for his 3 for 25.

Chahal was not part of India’s Test squad which registered a historic 2-1 win against Australia. The Haryana-born cricketer is next expected to feature in the limited-overs fixtures against England, who are in India to play 4 Tests, 5 T20Is and 3 ODIs.