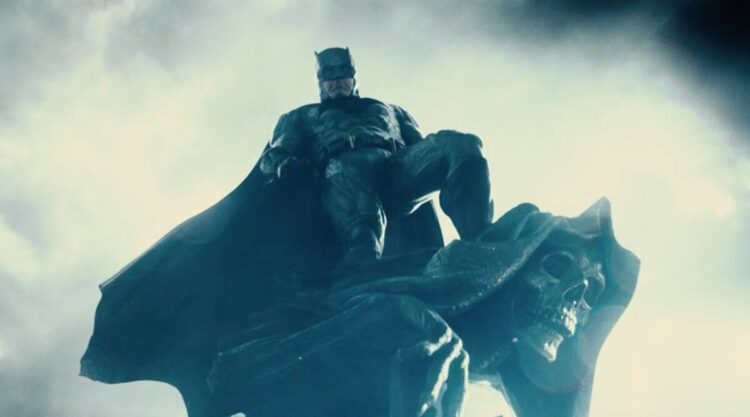 The teaser appears to highlight the emotional baggage that Batman has to overcome before he can unite the Justice League. Before battling Steppenwolf and his parademons, he has to face his inner demons. We also get a proper look at the Bat-Tank that we briefly saw in the trailer.

A shot shows Batman standing on a gargoyle, clearly his favourite place to brood in Gotham City. There is a nice shot of the entire Justice League (minus Martian Manhunter, Green Lantern, and others that is) standing together at the lip of a huge well.

Snyder Cut, officially called Zack Snyder’s Justice League, is meant to be the original vision of Zack Snyder before he left the project due to a family tragedy midway in post-production. The film will be four-hour long and R-Rated. This includes scenes that did not make it to the theatrical cut and also a few minutes of footage that was reshot specially for Snyder Cut.

Warner Bros has reportedly spent USD 70 million to finish the Snyder Cut. This is more than the budget of most movies.

The official synopsis of the film reads, “In ZACK SNYDER’S JUSTICE LEAGUE, determined to ensure Superman’s (Henry Cavill) ultimate sacrifice was not in vain, Bruce Wayne (Ben Affleck) aligns forces with Diana Prince (Gal Gadot) with plans to recruit a team of metahumans to protect the world from an approaching threat of catastrophic proportions. The task proves more difficult than Bruce imagined, as each of the recruits must face the demons of their own pasts to transcend that which has held them back, allowing them to come together, finally forming an unprecedented league of heroes. Now united, Batman (Affleck), Wonder Woman (Gadot), Aquaman (Jason Momoa), Cyborg (Ray Fisher) and The Flash (Ezra Miller) may be too late to save the planet from Steppenwolf, DeSaad and Darkseid and their dreadful intentions.”

Watch Zack Snyder’s Justice League with the world, from the comfort of your home! Releasing 18 March on @BmsStream. #CuratedWithLove #BMSStream

Zack Snyder’s Justice League will release in India on BookMyShow Stream, BookMyShow’s streaming service, and in the US on HBO Max on March 18.