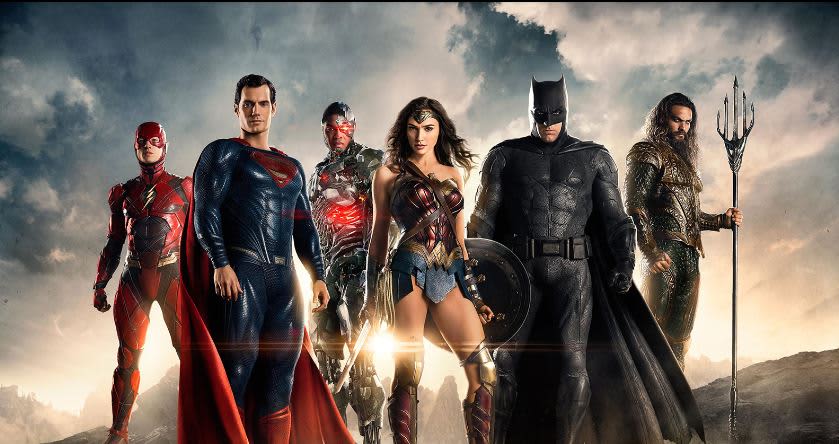 The long-awaited “Snyder Cut” of “Justice League” will arrive on HBO Max on March 18.

On Friday, director Zack Snyder revealed the news via Twitter. WarnerMedia followed up with additional information about the release, saying that it will be one full-length film, not four separate hour-long episodes, which was originally planned.

When “Justice League” was released in 2017, it was marred by harsh critical reviews. While it earned $658 million worldwide, it only hauled in $230 million domestically. Its budget was a whopping $300 million, with the addition of another $150 million in marketing costs, the film barely broke even.

The film was co-written and co-directed by Zack Snyder and Joss Whedon, although the pair didn’t actually work on it together. Whedon was brought onboard after executives balked at Snyder’s initial cut of the film. Snyder ultimately ended up leaving the project due to the death of his daughter.

Snyder’s initial cut was 214 minutes long and contained dozens of scenes that fleshed out characters’ backstories, developed the mythos of the world in which “Justice League” was set and teased upcoming films. While the main plot of the film remained, many of Snyder’s secondary story lines were cut in Whedon’s rewrites in an effort to streamline the film.

Because Whedon’s version altered so much of Snyder’s vision, fans have clamored to see the director’s cut of “Justice League,” believing it to be the purest version of the film.

In May 2020, WarnerMedia announced that it would invest in bringing Snyder back to finish it. The move was seen as a way to placate fans and bolster sign-ups for HBO Max.

Initial estimates pegged the price tag at $20 million to $30 million because much of the computer-generated images were not finished. However, more recent estimates suggest WarnerMedia could have shelled out $70 million or more on the project as Snyder brought back several actors to shoot new material.

The reshoots will add four to five minutes of new footage, Snyder has said.

Earlier this week, AT&T said that HBO Max’s activations had doubled to 17.2 million. While AT&T pointed to “Wonder Woman 1984” for the uptick in sign-ups, much of the gains were likely due to WarnerMedia striking deals in the fourth quarter to get the app on Roku devices and Amazon’s Fire TV.

The telecommunications company, which owns WarnerMedia, reported that HBO and HBO Max now have a combined 41.5 million domestic subscribers, up 20% from 34.6 million a year prior.

Of the 37.7 million HBO Max-eligible subscribers, 30 million came from wholesalers and 6.8 million were through retail channels. Retail subscribers are those that purchase the streaming service directly, not through a cable subscription or other streaming subscription.

This means that nearly half of HBO subscribers who were eligible to get HBO Max have not signed up yet.