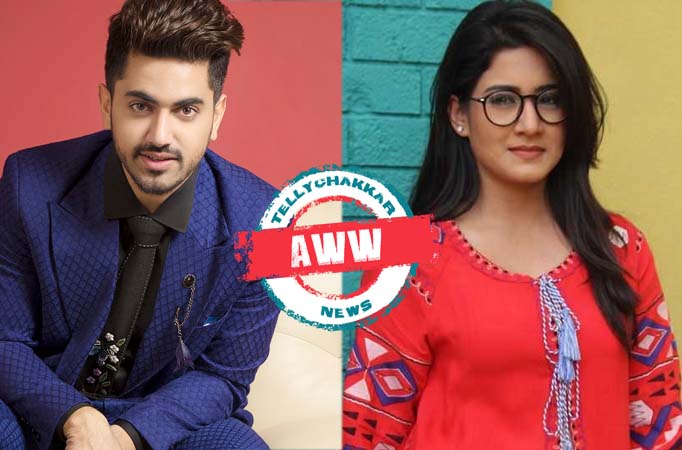 Zain Imam was much loved for his character Yuvraj in Tashan-E-Ishq opposite Jasmin Bhasin and was later applauded by his fans for his stint in Star Plus’ Naamkarann opposite Aditi Rathore.

The actor has also been a part of the daredevil show on Colors Khatron Ke Khiladi Season 9 that tested his fitness level. (Read here: It feels like an achievement to be around Anushka Sen: Zain Imam)

He has been a part of many shows and the fans simply adore him for his role in MTV’s youth-based show Kaisi Yeh Yaariyan as Abhimanyu Thakkar. The charmer enthralled his audience by his stint in Star Plus’ Ek Bharam Sarvagun Sampanna as Kabir Mittal.

The duo had a massive fan following as a couple and even after the show ended, a particular section of fans was obsessed with AvNiel and AdiZa.

Well, there were also rumours that the duo called off their friendship as they unfollowed each other on social media.

However, now things seem to have gotten better between the two. In a recent Q and A session on Instagram, Zain was asked about his thoughts on Aditi Rathore. The actor made a point to reply to the question and cleared the air.

On being asked about Aditi, he said, “I hope she’s happy and content in her space”.

When an Aditi Rathore fan expressed love for Zain, he replied, “I’m glad that all the fans are united and that you’ll love me equally”. 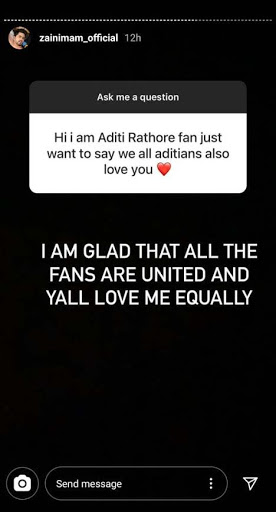 Looks like there’s no bad blood between the two.

Are you happy with Zain’s responses?

Back to Top
Close Add post
X
Overlord Season 4: Release Date, Cast, Plot And Everything You Should Know – Crossover 99…TVEverything we know about the fourth season of OverlordAfter almost two years since the end of the third season of Overlord, fans of the popular anime …