Zak Crawley Ruled Out Of The First 2 Tests Against India 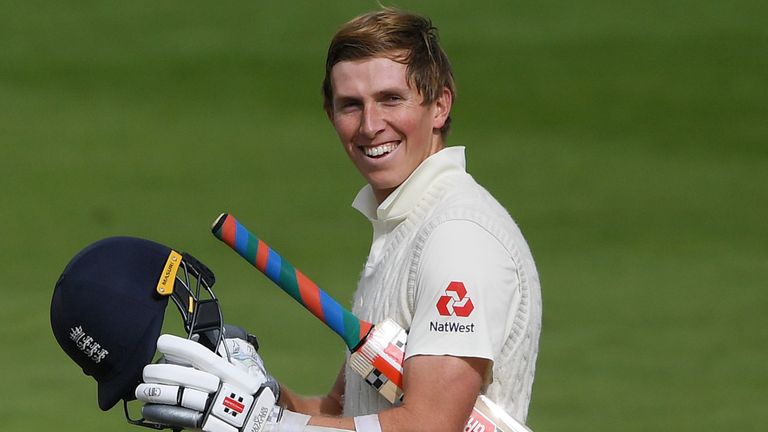 England batsman Zak Crawley has been ruled out of the opening two Tests against India after he injured his wrist. Crawley who was expected to be part of England’s playing XI, unfortunately, jarred his wrist ahead of the Test at Chennai. The England Cricket Board (ECB) confirmed the news of Crawley missing out on the first two Tests after his scans revealed that he injured his wrist.

Crawley slipped on the marble floor while leaving the dressing room of the MA Chidambaram Stadium. The freakish injury has resulted in England to rethink about their batting combination for the first Test that begins from tomorrow. Crawley was expected to bat at number 3 during the Test series against India.

Zak Crawley Ruled Out Of The First 2 Tests

The England medical team will continue to assess his progress over the next few weeks. Middle-order batsman Ollie Pope has been added to the squad after he has recovered from a shoulder injury. England is now expected to go in with the opening partnership of Rory Burns and Dom Sibley with skipper Joe Root, Ollie Pope and Daniel Lawrence in the middle order.

Coming back to Zak Crawley he announced his arrival after he smashed 267 against Pakistan at Southampton last year. However, the 23-year-old struggled during the 2 match series against Sri Lanka in his first tour of the sub-continent. The talented right-handed batsman only scored 35 runs across four innings in Sri Lanka.

Meanwhile, the big positive for England is the return of their two-star players Ben Stokes and Jofra Archer for the Test series against India. Both were rested during the Sri Lanka series and will now be looking to stamp their authority in the 4 match series against India. The first Test match between England and India begins tomorrow at Chennai.