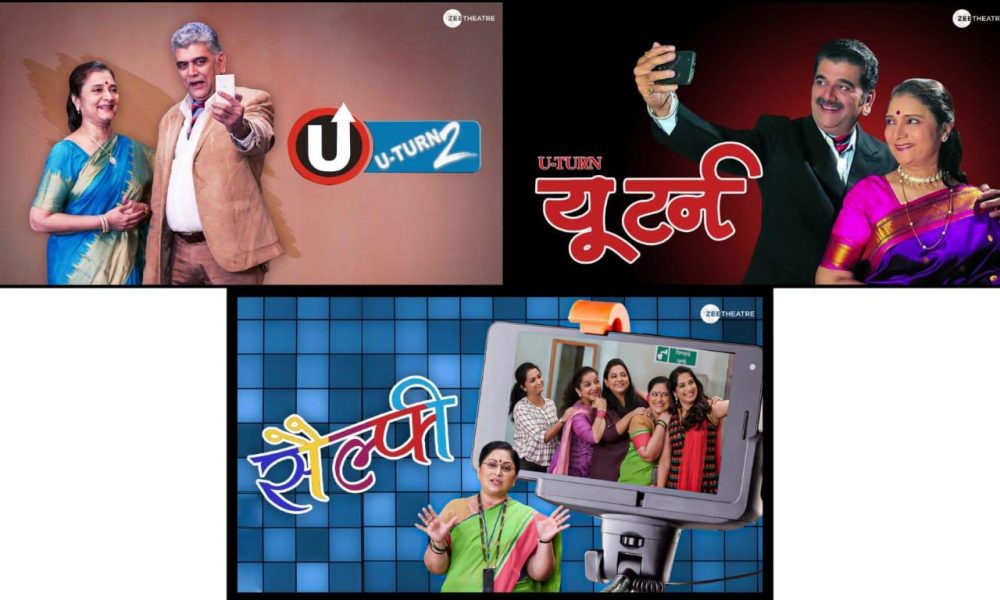 Zee Theatre continues to cater to its audience with a wide range of human stories that will strike an emotional chord with the fans through and through as the new year commences. In January, the focus lies greatly on regional features. Three acclaimed teleplays of Marathi language like ‘U-Turn’, ‘U-Turn 2’ and ‘Selfie’ will premier on Tatasky Theatre. The plays are all about dilemmas of social and personal nature with extremely relatability. Actress Shilpa Navalkar made her debut as a playwright with ‘Selfie‘, an engrossing narrative about women from different walks of life. Swati Kautekar, a nurse in a private hospital, Vibhavari, an English professor, Tanuja Sharma, a housewife, Shalmali Pradhan, a well-known actress, and Meenakshi, a vice-president of a company, are all women who happen to meet one another in a waiting room of a train station. As they begin to get comfortable in each other’s presence, these young and middle-aged women from different walks of life share their outlook on life and society in general and take a closer, critical look at their own lives.

This award-winning play revolves around a retired and divorced army officer, Major Sudhir and a widow, Rama. Their reflections depict their different attitudes towards life and question the narrow Indian mentality towards the concept of companionship. The two lonely souls want to spend the twilight of their life together but their children are against the idea. The theme of the play revolves around the companionship that a man and woman share and how their relationship goes through various ups and downs.

The play narrates what happens when army veteran Major Sudhir decides to visit his widowed friend Rama in Pune. Rama who lives alone, is excited to see him but is wary of societal disapproval and the reactions of her neighbours. However, when Major Sudhir suffers a heart attack, she not only admits him to the hospital but also takes care of him post his discharge. Seeing them together, people begin to get curious and their probing questions make Rama increasingly defensive and uncomfortable. Will the two tackle the negativity coming their way with courage and stand their ground? Or will they give in and go their separate ways?