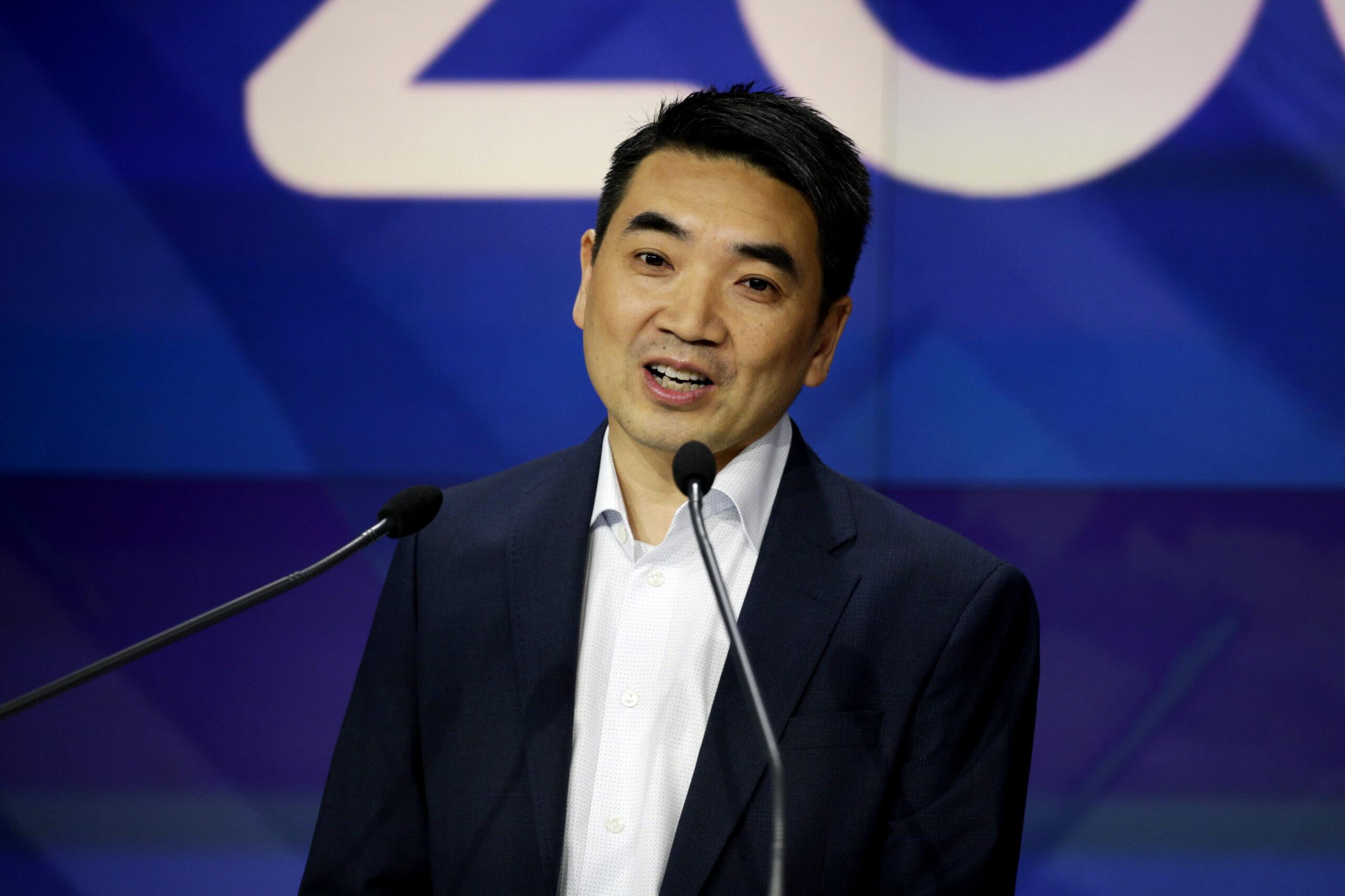 Zoom Video Communications shares fell about 5% in extended trading on Monday after the company reported fiscal third-quarter earnings and quarterly guidance that exceeded analysts’ expectations. Investors seemed disappointed that the rate of revenue growth, which has accelerated this year, could moderate.

Here’s how the company did:

With the coronavirus pandemic continuing to drive people to Zoom for work, school and family meetings, Zoom’s revenue grew 367% on an annualized basis in the quarter, which ended Oct. 31, according to a statement. In the previous quarter revenue increased 355%, and in the quarter before that, revenue had risen 169%.

Zoom’s gross margin declined to 66.7% from 67.3% in the previous quarter. During the quarter Zoom dealt with a higher mix of free users, including students and teachers who logged in as school resumed. That impacted gross margin, as did Zoom’s higher-than-usual reliance on public cloud resources, Kelly Steckelberg, the company’s chief financial officer, is expected to tell analysts during a Zoom webcast.

In the quarter Zoom said that its premium Zoom Phone cloud-phone service had expanded to over 40 countries and territories, and that Zoom would come to smart-home devices made by Amazon, Facebook and Google. The company also announced OnZoom, a tool for putting on live virtual events that people can attend by paying fees.

Zoom called for fiscal fourth-quarter adjusted earnings of 77 cents to 79 cents per share on $806 million to $811 million in revenue, implying 329% revenue growth at the middle of the range. Analysts polled by Refinitiv had been expecting 66 cents in adjusted earnings per share and revenue of $730.1 million.

Excluding the after-hours move, Zoom stock has gone up 591% since the start of the year, while the S&P 500 index is up about 12% over the same period.

Executives will discuss the results with analysts during a Zoom webcast starting at 5:30 p.m. Eastern time.