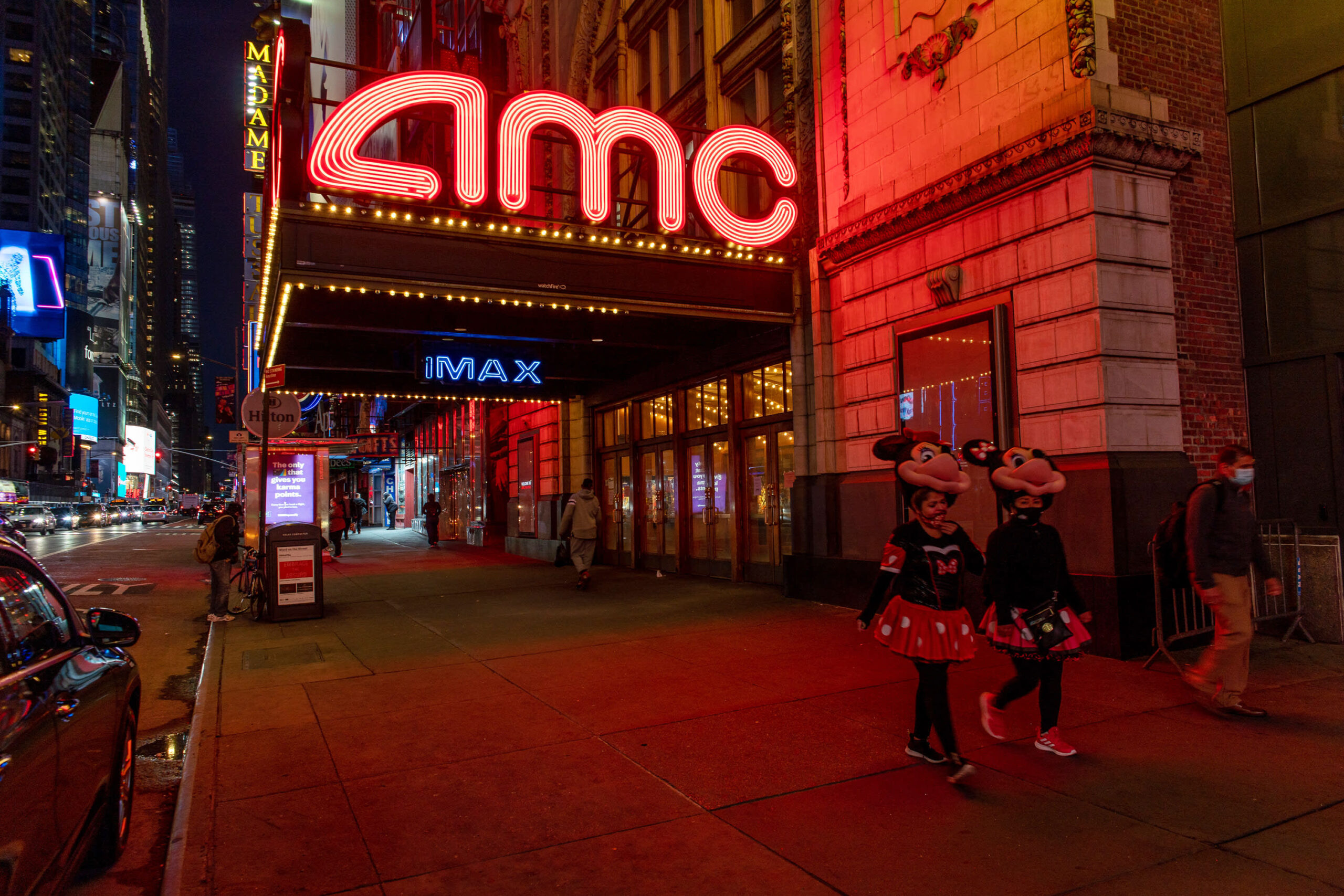 Street performers in Minnie Mouse costumes pass in front of an AMC movie theater at night in the Times Square neighborhood of New York, Oct. 15, 2020.

Shares of embattled movie theater giant AMC Entertainment more than tripled during premarket trading on Wednesday amid a flurry of trading activity in some of Wall Street’s most shorted stocks.

Shares of AMC jumped 230% ahead of Wednesday’s opening bell, while GameStop rose 67%.

Individual investors are creating short squeezes by piling into these names, while hedge funds who are short on the other side rush to cover their losses. They are promoting their activity on the wallstreetbets Reddit board, which has 2.8 million members. AMC appeared to be a growing topic of interest on the board.

The influence of retail investors — most apparent in GameStop — has captivated the Street in recent days, and speaks to a new class of traders who grew up amid the pandemic.

“The spotlight has pivoted from Large Cap Tech/’Retail Favorites’, to a largely ignored corner of heavily shorted smaller cap stocks,” Barclays said Tuesday in a note to clients. “In a span of a month, retail trading has significantly impacted price action and sentiment in these heavily shorted names, cementing the dominance of retail option investors.”

AMC currently has 24% of its float tied up in short interest. Meanwhile GameStop’s short interest stands at 138%, according to FactSet.

AMC jumped 26% on Monday, and 12% on Tuesday, bringing its week-to-date gain after just two days to more than 40%. On Monday, the company announced it had secured enough financing to remain open and operational deep into 2021.

“This means that any talk of an imminent bankruptcy for AMC is completely off the table,” said CEO Adam Aron.

For the month, AMC shares are up more than 130%. However, given the stock’s downward decline in recent years a smaller gain, of course, now accounts for a much larger percentage move.