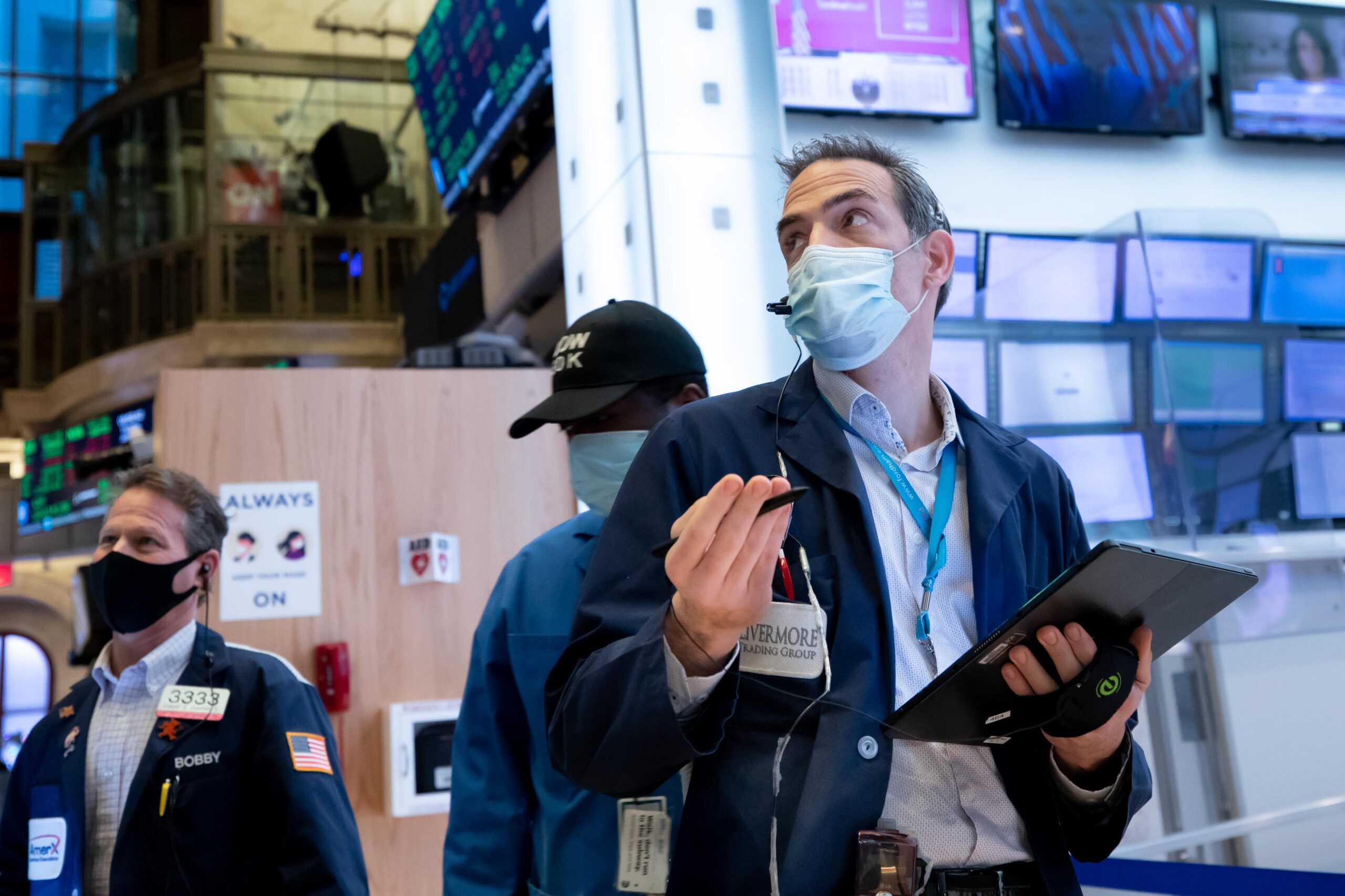 Traders work on the floor of the NYSE.

Short sellers on the ropes — or are they?  Short sellers clearly have picked the wrong names in January.  The GameStop phenomenon — where buyers deliberately target heavily shorted stocks — is only the most recent development in a long series of failures from short sellers. But don’t count them out yet.

The markets relentless rally has not been kind to short sellers for many years. For all the attention that is put on superstar short sellers, most of these managers lose money. Equity shorts lost $243 billion in 2020, a return of negative 26%, according to S3 Partners.

This month, their performance is even worse. In January alone, they are down $91 billion, according to S3.

And while traders often focus on stocks that have made money for short sellers due to being in sectors that were out of favor (ExxonMobil) or had accounting irregularities (Luckin Coffee and Wirecard), most shorts do not succeed.

In 2020, 57% of all securities shorted lost money. Sixty-eight percent of every dollar bet lost money.

“The biggest enemy of short sellers has not been Robinhood or Reddit chat rooms, it’s been the Federal Reserve and stimulus, which have pushed most stocks higher. It’s not a value market, it’s a momentum market, and they [short sellers] are on the wrong side of the momentum,” Ihor Dusaniwsky from S3 Partners told me.

Shorts are not a big part of the market

At any one time, short sellers typically have $900 billion to $1.3 trillion in short bets out on the market, according to Dusaniwsky. That is roughly 2% to 3% of the market capitalization of U.S. stocks.

That may seem like a small amount of money, but short sellers play a very important role. They are instrumental in calling out companies that may have questionable accounting, as was the case with Luckin Coffee and Wirecard last year.

The end of shorts?  Not by a long shot

Shorts certainly seem to be in a difficult position. Peter Tchir from Academy Securities said shorts are getting hit with a “one-two punch”:  First, the relentless rise in the market, but then “Some traders are aggressively buying out of the money calls options. That squeezes the shorts. For the moment it seems to be an effective strategy.”

What will happen to the shorts?  “Shorts are going to have to be more comfortable with losses before getting stopped out,” Tchir told me. “And I would guess that the prices for call options will go up. Movements like [Monday] seem insane without a repricing of the options. It makes me nervous.”

If call option prices do indeed rise, Tchir warns that could generate false signals to the market. “If call option prices go up, that could force the VIX up, and traders may mistakenly believe there is fear building up. It may not be the time to be bearish, but it certainly may be the time to avoid highly volatile stocks that are chatroom favorites.”

Despite all the difficulties, Dusaniwsky laughs when I ask if this is a killer blow for short sellers.

Not a chance, he told me: “Even as the shorts are getting killed, new shorts are coming in, particularly in financials and even in the names that have had the biggest successes blowing out short sellers.”