Home Business Trump was sicker from Covid than the public was told at the time, report says

Trump was sicker from Covid than the public was told at the time, report says 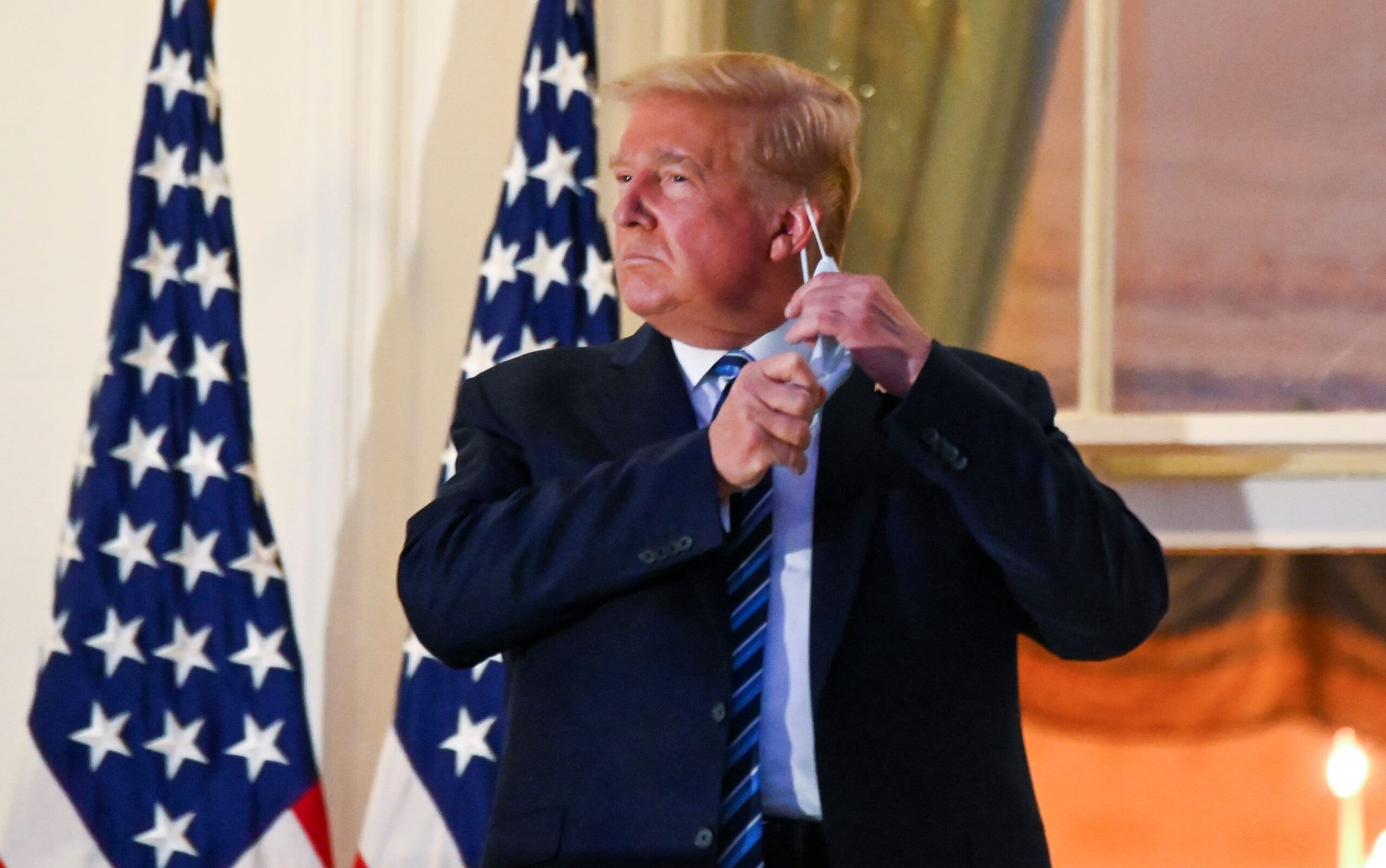 President Donald Trump pulls off his face mask as he poses atop the Truman Balcony of the White House after returning from Walter Reed hospital for treatment of Covid-19, in Washington, U.S. October 5, 2020.

Former President Donald Trump was more seriously sick from the coronavirus in October than the public was told at the time, a new report said.

Trump, after contracting Covid-19, had “extremely depressed blood oxygen levels at one point and a lung problem associated with pneumonia caused by the coronavirus,” The New York Times reported, citing four people familiar with his condition.

His condition was so poor, The Times reported, that “officials believed he would be put on a ventilator” before he was taken from the White House to Walter Reed National Military Center.

The Times noted that when Trump went to the hospital in early October — a month before the presidential election — his medical team tried to downplay the severity of his condition in comments to the public.

He had participated in an in-person debate with then-Democratic presidential nominee Joe Biden just two days before disclosing he had Covid.

Biden handily beat Trump in the election, which was held after Trump downplayed the severity of the coronavirus pandemic for months.