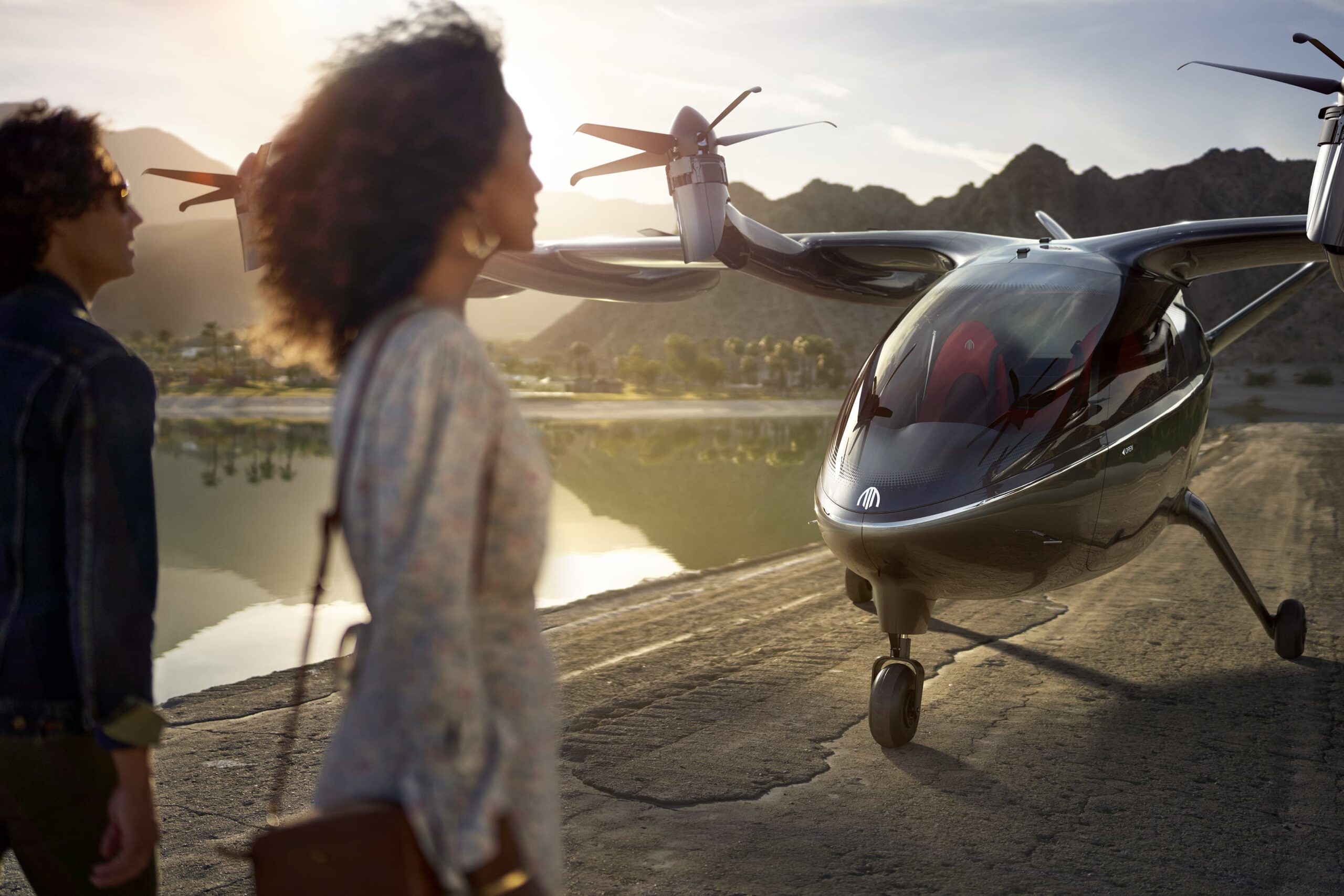 United Airlines believes you may someday take a small electric aircraft to get to the airport.

The airline is joining other investors backing Archer, a start-up developing electric vertical takeoff and landing aircraft. If Archer can get its eVTOL certified by the Federal Aviation Administration, it expects to deliver the first aircraft in 2024.

“It’s pretty incredible to think how big this market can be,” Archer co-founder and co-CEO Adam Goldstein said. “The partnership with United really gives us a chance to get to market first and really helps us accelerate our timeline.”

Palo Alto, California-based Archer, which was founded three years ago, will unveil its first full-scale eVTOL aircraft later this year. The company also plans to develop and manufacture the battery pack that will power the aircraft. Archer said its piloted eVTOL is designed to carry as many as four passengers up to 60 miles at speeds that could reach 150 mph.

To go from concept to certified aircraft, Archer is raising $1.1 billion through a SPAC merger with Atlas Crest Investment Corp. The merger is valued at $3.8 billion. Among those backing the deal, two firms stand out: Stellantis and United Airlines.

Stellantis, the new name for the recently merged companies of PSA Peugeot and Fiat Chrysler, is working with Archer to manufacture the carbon-fiber fuselage of the eVTOL aircraft. United has placed a $1 billion order for 200 Archer eVTOL aircraft, with an option to purchase 100 more for $500 million.

“By working with Archer, United is showing the aviation industry that now is the time to embrace cleaner, more efficient modes of transportation,” United CEO Scott Kirby said in a release announcing the Archer SPAC. Investing in clean initiatives has become part of Kirby’s strategy to cut United’s carbon footprint.  In December, the airline announced a multimillion-dollar investment in a carbon-capture joint venture.

“Archer’s eVTOL design, manufacturing model and engineering expertise has the clear potential to change how people commute within major metropolitan cities all over the world,” said Kirby.

The eVTOL market has exploded in recent years, with Deloitte estimating 200 companies worldwide are developing aircraft. Many are for cargo operations and others focus on passenger travel, which is expected to be a $4 billion market by 2025 and $57 billion by 2035, according to Deloitte.

In December, California-based Joby bought Uber Elevate with plans to have eVTOL aircraft entering service as soon as 2024.

In a research note last month, Morgan Stanley analyst Rajeev Lalwani said the urban air-mobility market will likely start as a niche service but “could later transform into a cost-effective, time-efficient method of traveling short to medium distances, eventually taking share from car and airline companies.”

Archer co-founder and co-CEO Brett Adcock believes his company’s eVTOL will disrupt the ride-share market. “We want this to be a really affordable mass-market transportation solution,” Adcock said. “Our entry point is around $3 per passenger mile in these markets, which is roughly equivalent to maybe a ride-sharing company today.”

While the cost someday may be attractive for United passengers looking for a quick and inexpensive way to the airport, the airline is a long way from taking delivery of an Archer eVTOL or determining how they would fit in its network. Still to be determined is whether United pilots would fly the electric-powered aircraft or if they would be operated by Mesa Airlines, which handles United regional service to many smaller markets.